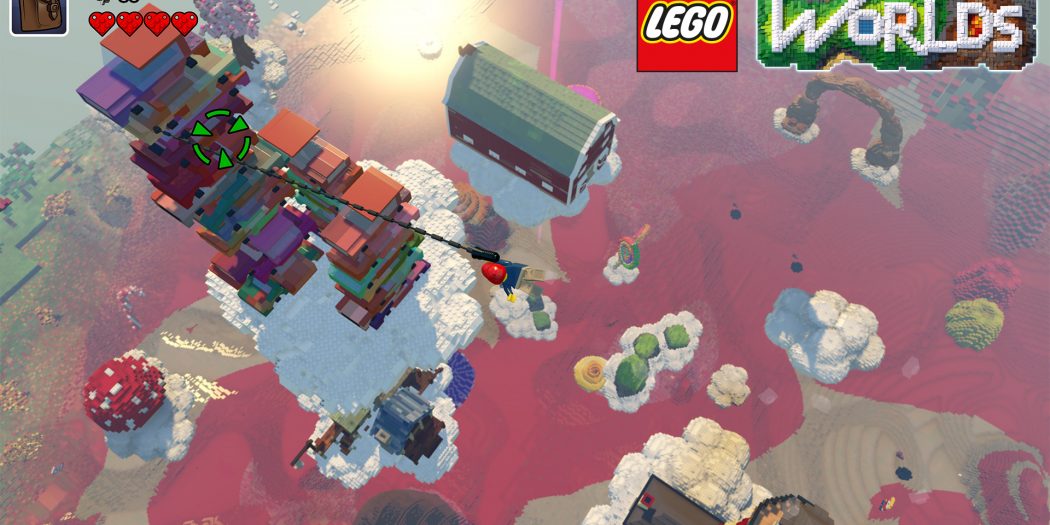 The next big things in LEGO gaming will indeed be hitting the Nintendo Switch, though when exactly is something of a mystery.

LEGO City Undercover, I think we’re all well aware of. The game launched with the Wii U as an exclusive, and is about to appear on Xbox, PC, and PS4. And this week, it was confirmed as being headed to the Switch as well, by developer Traveller’s Tales’ Arthur Parsons. I wasn’t all that familiar with Worlds though, so let’s take a second to refresh, shall we?

A bit different than the usual block-building title, Worlds is somewhat open-world and very free-form sounding. In it, players complete quests across a bunch of different LEGO universes. It doesn’t sound like there’ll be any licensed worlds really, but all the usual LEGO environs should be in there. The ultimate goal of course, is to become a Master Builder. Reportedly, you can create structures from relative scratch too, or use pre-made ones, so it sounds pretty ambitious as these games go.

And as of today, it’s been announced as another title in the Nintendo Switch stable. Only thing- there’s no release date.

Worlds will be hitting the aforementioned platforms at the end of February, but there’s been no mention of whether or not the game will be a launch title for the Switch. With the new Nintendo machine landing at retail with only six games though, it’d be a very good thing if there was something like LEGO Worlds on the shelves for March 3rd. So basically, cross your fingers.

As for the additional versions of the game? You’ll be able to grab those on February the 24th, only a few days before the Switch is released. LEGO City Undercover is, as of now, undated as well.

Jason's been knee deep in videogames since he was but a lad. Cutting his teeth on the pixely glory that was the Atari 2600, he's been hack'n'slashing and shoot'em'uping ever since. Mainly an FPS and action guy, Jason enjoys the occasional well crafted title from every genre.
@jason_tas
Previous Brutally Honest Podcast 13: The Sleepycast
Next Serenity #4 (comic) Review