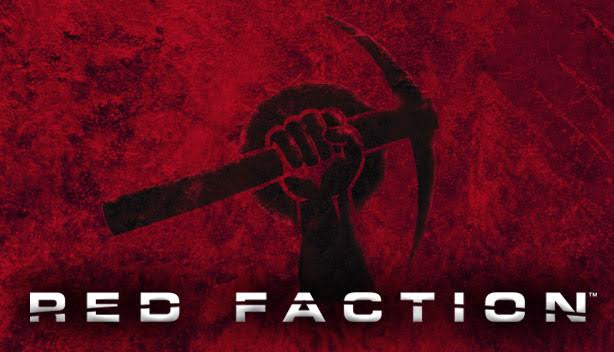 The original (and some would say best) Red Faction title is now available on Sony’s latest.

In Red Faction, a revolution has begun on Mars, and you are at the forefront. As part of a rebellious organization known as Red Faction, you must battle through 20 levels that feature deep seas, natural caves, Ultor Corporation’s bases, and more. Hijack five land, sea, and air vehicles–each equipped with weapons–including an ATV, a submarine, and a high-flying fighter. Help yourself to 15 weapons of mass destruction, such as railguns, rocket launchers, riot sticks, and heavy explosives. Stealth, cooperation, and action are all important to achieve success.

Now, before you get too excited, be aware that this isn’t a remaster or anything like that. Nope, this is a straight up re-issue of the first game in the Red Faction series. Not that that’s a bad thing.

Red Faction’s graphics were pretty good from what I remember, and the game sported something called GeoMod. Groundbreaking for its time, GeoMod allowed gamers to blow up good amounts of Red Faction’s levels.

“Playing Red Faction for the first time is one of my favorite memories on ‘PlayStation 2’,” said Reinhard Pollice, Business and Product Development Director at THQ Nordic. “The team at THQ Nordic is thrilled to be able to share that experience with a whole new generation of players on ‘PlayStation 4’. Ripping a hole through the surface of Mars to access a hidden tunnel for a surprise takedown is about as satisfying as a shooter can get!”

It’s been a while since I’ve played, but GeoMod resulted in some pretty cool moments if I recall. It was so well done, that I just kind of assumed would be a mainstay of the FPS genre. Oddly enough though, the idea really didn’t go anywhere past Red Faction.

What we got of it was pretty great though, and that goes for Red Faction’s gameplay in general. Excellent shooter mechanics, some terrific vehicles, and a surprisingly solid story filled out one of the better FPS’ of its day.

Here’s to hoping that we’re getting prepped for a new installment by new publisher THQ Nordic. For now though, PS4 gamers can enjoy another shot at the PS2 original.

Jason's been knee deep in videogames since he was but a lad. Cutting his teeth on the pixely glory that was the Atari 2600, he's been hack'n'slashing and shoot'em'uping ever since. Mainly an FPS and action guy, Jason enjoys the occasional well crafted title from every genre.
@jason_tas
Previous The Walking Dead A New Frontier – Episode 1 – Ties That Bind Part 1 Review
Next Serenity #3 (comic) Review