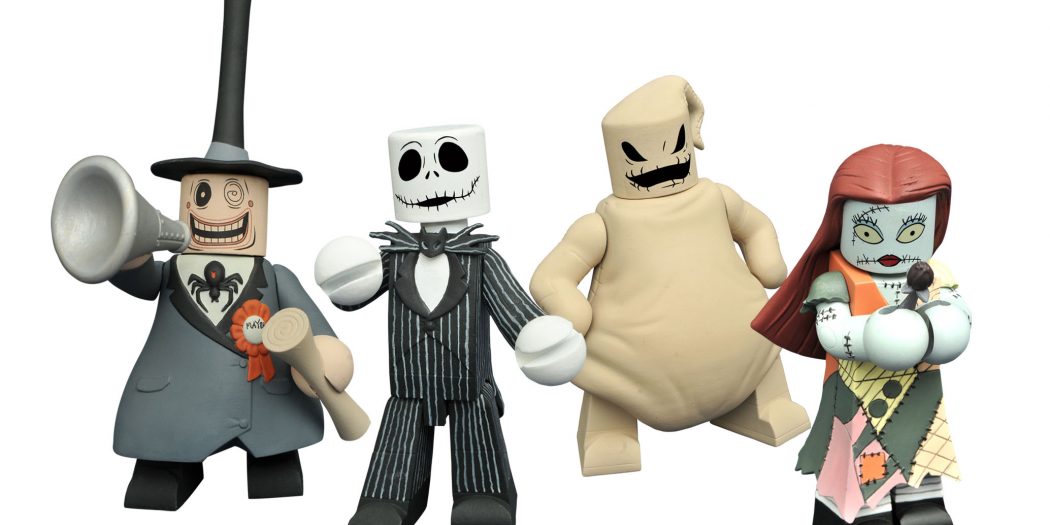 Diamond Select has a nice little selection of cool stuff  for those still looking for that prefect Holiday gift. Especially if you dig Batman, The Muppets, or Marvel Comics.

It’s crunch time and Diamond Select has you covered

While I wouldn’t call ten days out from both Christmas and Hanukkah ‘last minute’, I think it’s safe to say that it is nearing the end of the season. And if you have yet to grab that perfect gift for the toy/pop culture fan on your list, then you might be interested in what DST has to offer. The collectible-maker has all kinds of cool stuff out there on the shelves right now, and yes, that includes a few Minimates.

But the company’s ubiquitous mini figures are just a part of what’s available. There’s an awesome Zatanna PVC figure, a Spidey diorama, and even some vinyl figures based on Nightmare Before Christmas. How’s that for timely?

So scroll down, have a look at what’s out there, and start checking some names off. Lord knows you better get started.

Jason's been knee deep in videogames since he was but a lad. Cutting his teeth on the pixely glory that was the Atari 2600, he's been hack'n'slashing and shoot'em'uping ever since. Mainly an FPS and action guy, Jason enjoys the occasional well crafted title from every genre.
@jason_tas
Previous Nintendo Switch Presentation Airs January 12, 2017
Next Dishonored 2 Free Updates Coming