Barry and company are working to accept the reality they find themselves in after the flashpoint, in The Flash Magenta S3E3.

Making The Best Of Things

Barry and Iris are working on spending time alone as a couple. No meta talk, just one-on-one time. They find themselves seated at a lavish restaurant. Before they have a chance to order, they get called away by Cisco. Someone has opened a dimensional portal at Star Labs, and it wasn’t initiated on this side.

We are met with the familiar faces of Dr. Harry Wells and his daughter Jesse, only something has changed: Jesse is now an addition to the speedster community. The dark matter blast that occurred at the end of season 2 hit Jesse and Wally, and now Jesse has manifested in abilities. Dr. Wells brings Jessie to Star Labs in hopes of testing how much she was affected by the blast. Or so he claims. 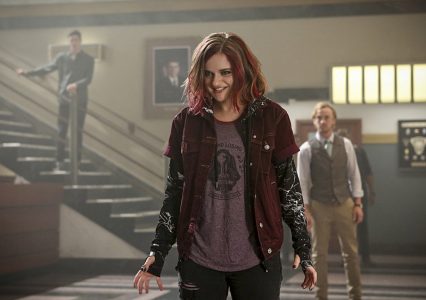 We see a new face in Frankie, a girl in an abusive family relationship. When pushed as to why she doesn’t have food on the table, she activates a meta power, and makes sure he does not ask again.

Iris and Barry continue to be an awkwardly new couple, trying to find a rhythm in their time together.
Joe interrogates Frankie after her incident at the beginning of the episode. Julian suspects Frankie is a meta. based on the damage she caused, he proceeds to run a DNA test. Julian’s suspicions confirmed, he confronts Frankie as she is leaving the police station. This unwanted attention brings forth Magenta, and The Flash is needed to solve the situation that ensues.

Dr. Wells has his hands full, trying to get everyone to convince Jesse that she does not need to use her speed abilities, while at the same time understanding what all has changed on Earth 1 since their departure. If that isn’t drama enough, Wally is feeling left out. Seemingly everyone around him has something: Barry is The Flash, Cisco is/was The Vibe, Wells is/was a speedster, and now add Jesse to the roster. Who wouldn’t feel a little left out in his shoes? 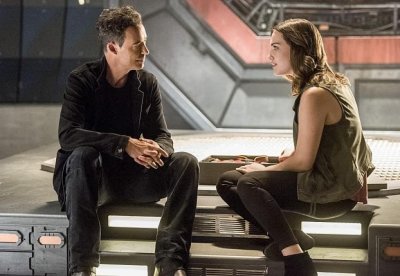 We learn that Frankie’s Magenta ability is brought out by Alchemy, and that she continues to struggle with it. She asks Alchemy about this, only to be told that when she takes out her enemy, that the world, and Frankie, will know where they stand.

Two Is Better Than One?

Wally tries to comfort Jesse when discussing her newfound power. Jesse feels grateful to confide in Wally. After hearing Jesse’s story however, Wally decides he wants to follow in her footsteps, and tries to recreate what she had gone through.

Magenta tries to finish what she started, and in a big way. She was going to take out an entire building to prove her point. Barry heads out to address the situation, having no idea what to do. It takes the Wells’ idea and both Jessie and Barry to coax her from what she is about to do. The episode ends with Joe getting security footage of what happened to Clariss at the end of episode 2.

It seems to be getting a bit crowded in the speedster category, I hope CW plans to flesh out more of the Flash’s Rogues Gallery soon. Season 3 is beginning to have a bit of a flat feel all of a sudden.

The Flash airs on the CW Network Tuesdays, at 8/7 central, US.

A fan of media on multiple platforms, I am always watching or playing something! Who knows what I will be on to next?
@mackeyp42
Previous Witness the history of Prey’s alternate future in new trailer
Next Resident Evil 7 Hints…