Chances are that, if you’re a Mortal Kombat fan, you know Mezco Toyz’ current (and pretty freaking awesome) toy line based on MKX. While that line is 6″ in scale, things are about to get somewhat… smaller. 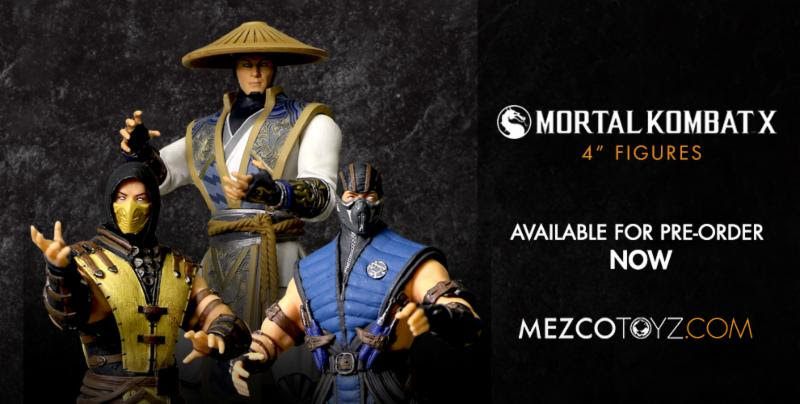 Perfect for your desktop or for the collector who doesn’t have a ton and a half of room for bigger figures, the new 4″ series of MKX figures from Mezco are every bit as cool as their larger cousins. Each figure features 23 (!) points of articulation and comes complete with a stand (with the MKX logo on it), as well as some awesome accessories, most of which mirror the bigger line.

Round one will match that original wave though with Scorpion, Raiden, and Sub-Zero leading the way. Here’s what’s in store:

I want that hammer. Anyway, the new smaller MKX figures should be heading to retail some time this Summer, somewhere around July or August, and you can pre-order them right here. We’ll have more around Toy Fair time.

Jason's been knee deep in videogames since he was but a lad. Cutting his teeth on the pixely glory that was the Atari 2600, he's been hack'n'slashing and shoot'em'uping ever since. Mainly an FPS and action guy, Jason enjoys the occasional well crafted title from every genre.
@jason_tas
Previous Jason Bourne returns in hard-hitting Super Bowl spot
Next Ninja Turtles 2 big game tease shows Krang and the Technodrome