Nintendo starts off E3 strong with a treasure trove of announcements. From Super Smash Brothers, to Xenoblade Chronicles X, there’s tons of new information that players can sink their teeth into. 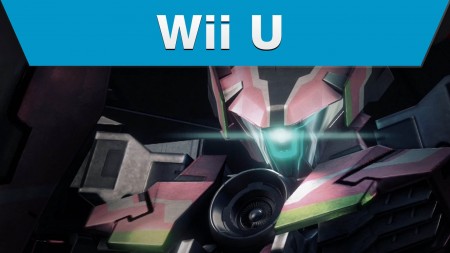 The Nintendo Direct begins promptly with Nintendo of America Reggie Fils-Aime fighting president of Nintendo Satoru Iwata. You heard right, the two behemoths of Nintendo fight each other, creating a scene much like that of which you’d see in The Matrix. The perspective then changes to an Iwata mii fighting a Reggie mii in the new Super Smash Bros. This segway’s into Nintendo’s announcement of playable mii characters in Super Smash Bros. For the first time ever, you’ll get to insert yourself into Smash, with a choice of up to three different fighting styles. Alongside this announcement is the introduction of the figurine feature in Smash; you’ll be able to use collectible figurines to insert characters known as “Amiibos” in the game. You increase their strength by literally feeding them the stats. Super Smash Bros for Nintendo 3DS will be released October 3rd, 2014; expect Super Smash Bros for Wii U holiday 2014

Shortly after, Masahiro Sakurai gives us a taste of what’s to come on the 3DS version of Super Smash Bros. We see a little more of the robust single player mode in the game. It looks to be even deeper than the Subspace Emissary mode that was previously in Super Smash Brothers Brawl. Next, Yoshi’s Wooly World, formerly known as Yarn Yoshi, makes its first appearance since last E3; developers Takashi Tezuka of Nintendo and Etsunobu Ebisu of Good-Feel go into detail about how the new Yoshi title will play. We get a glimpse of the gameplay, and it looks to be quite an innovative new game. You can knit up and unravel yarn as you perform certain actions, even get enemies caught in yarn as you fire eggs at them. These mechanics really emphasize the fact that the entire world is made of yarn, instead simply serving as aesthetics for the game. There’s also a two player co-op feature in this game, the first of its kind for any Yoshi title. Expect Yoshi’s Wooly World to arrive 2015.

Those of you that have been clamoring for Captain Toad from Super Mario 3D World to have his own game finally get your wish. Captain Toad Treasure Tracker is a new Wii U title, and focuses entirely on Captain Toad and his perilous adventures. If you’ve played 3D World, then you’re no doubt familiar with the puzzle games known as “Captain Toad”, where you guide Captain Toad around a three dimensional puzzle. Much like these puzzle games, you’re tasked with navigating your way around dangerous environments, avoiding enemies, etc. only the puzzles are grander in scale this time. You can expect to play this game holiday 2014. At long last, the new Legend of Zelda game for Wii U has been revealed; Eiji Aonuma explains how it will work while the game is running in real time behind him. It looks beautiful, and appears to really push the power of the Wii U; making use of that power, Aonuma has said that the game will be an open world Zelda.

Expect to explore a vast world, where you can travel to just about any part of the environment you see. The game’s art style appears to be a mix of Skyward Sword and Twilight Princess; which I know sounds strange as Skyword Sword was already a mixture of Wind Waker and Twilight Princess, but it’s perhaps the best way to describe it. Link kicks some major ass in the trailer, as he takes down a giant monster Legolas style. No solid release date has been set yet, but expect it to play it on Wii U some time in 2015. Next, Nintendo shows a little love to the 3DS as they showcase Pokemon Omega Ruby and Alpha Sapphire, a remake of the Game Boy Advance game Pokemon Ruby and Sapphire. The game will have a global release date on November 21st, 2014. After a a long wait, Bayonetta 2 takes the stage yet again with a new trailer. This time, Bayonetta literally fights her way through hell, facing a myriad of titans that seek to destroy her; we also see Rodin make his return, and the mysterious boy that accompanies Bayonetta in battle.

To top it all off, Nintendo announced that the first game, Bayonetta, will be included in the Bayonetta 2 disc. That’s a two in one deal, with Nintendo themed costumes included in the first game. As for the release date, what better month for a witch than October 2014? Nintendo continues to bring out the big guns with Hyrule Warriors; producers Hisashi Koinuma and Yosuke Hayashi of Tecmo Koei as well as supervisor Eiji Aonuma talk about the game. Extensive footage of the new title can be seen while the three of them explain the development process of Hyrule Warriors, playable characters such as Zelda, Midna and Impa can be seen in action. A two player mode is confirmed for the new game, where you can use the TV and gamepad together; they emphasize that it will not be a split screen experience. You’ll be able to play the title very soon, as it hits Wii U September 26th, 2014.

Many have been asking Nintendo for a successor to Kirby Canvas Curse for the Nintendo DS, it was a widely popular game that brought some neat innovations to Kirby. Another wish has been granted, Kirby and the Rainbow Curse has been announced for the Wii U. Like its predecessor, you can control Kirby in ball form with your stylus, guiding him through levels as you paint paths for him to ride. The playdough like style really meshes well with the game’s style. The game comes out sometime in 2015. Nintendo sheds more daylight on Xenoblade Chronicles X with a trailer that goes into detail about the game’s story. An intergalactic war breaks out, causing Earth to become an awful, hostile environment for human beings; plenty of new faces make their debut as you view the trailer for the title, including a Nopon named Tatsu. Could this mean the game is set in the same universe as the previous title, Xenoblade Chronicles? Or could it be a similar case to that of Final Fantasy, with reoccurring elements appearing in completely unrelated titles? We’ll just have to wait and see, as the release window has been pushed back to 2015.

If you’ve ever been wondering when Nintendo would finally make a Mario game with a level editor, your wait is over. A title simply known as “Mario Creator” has been announced for Wii U, which allows you to create your very own stages in New Super Mario Bros U. From crazy stuff you’d see in Kaizo Mario levels, to something silly like creating a barrier preventing you from entering the castle after reaching the flag, it appears you can do just about anything. The release date for this game is unknown; all that we really know is that the title will be out in 2015. I’d hazard a guess that it will be downloadable content that can be attached to New Super Mario Bros U, but nothing is known for sure. A new IP is in the works, one known as Splatoon, an 8 player 4 on 4 online multiplayer game. Producer Hisashi Nogami, director Yosuke Amano, and director Tsubasa Sakaguchi talk about their new title. The game is a shooter, although not a traditional one; in this game, your team attempts to splatter the most paint on the map within the allotted time limit. You can also fire the paint at players from the opposite team, killing them in the process. You can also turn into these squid like creatures, and swim through the paint, although your path will be block if the opposite team splatters their paint in the path you created. No set date has been marked, other than the tentative 2015.

Last but certainly not least, one more revelation; the goddess Paluneta from Kid Icarus is announced as a new playable character in Super Smash Brothers. She has a lot of interesting new attacks like a black hole, rays of light, a reflective shield, and much more. At the end of her announcement trailer, you can see Dark Pit challenging her to a fight in a cutscene. Whether this means he’s a confirmed playable character or not is anyone’s guess. That’s it for the E3 Direct, keep your eyes open for more information this week, there’s plenty more E3 to come.

Well, my name's Christopher Deleanides as you all know and I'm the Nintendo Editor here at BG. I've been playing video games since 1992, and I've been a Nintendo fan the entirety of those years. My love for video games as well as Nintendo hasn't changed, and probably never will. The only thing that comes close is politics, as I'm very deeply involved in both local and international issues.
Previous E3 2014: Devolver Digital announces two new IPs on the way to PS4 and PS Vita
Next E3 2014: Uncharted 4: A Thief’s End trailer shows an older, semi-retired Drake