Raiden slashes into the PC in a spot-on port of last year’s Metal Gear spinoff from Konami and PlatinumGames. 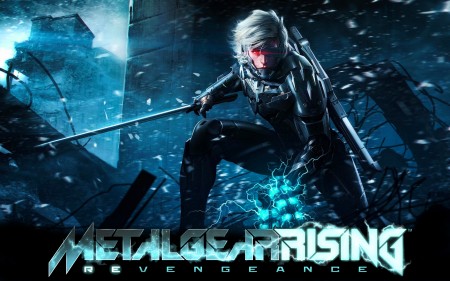 Japanese culture has become something of a hallmark in American society through the 90’s and early 2000’s. This came about due to the growing interest in both anime, manga and somewhat later, J-pop. Japan with its homogenous society, has had the past thousand years to refine and condense its culture into something foreign and yet similar. Gaming in particular has most of its roots in this archipelago, with of course the most notable major players being Nintendo and Sony.  Yet it’s this same culture that keeps these companies from aligning their interests with what is popular in Japan, keeping the foreign markets subjected to the wants of a single society. In this globalized world, all the subjected cultures should be considered as to avoid any ethnic problems.

Now that I’m off my soapbox let me review Metal Gear Rising: Revengeance for PC, the first MG title to come to pc since the original in 2000. With the growing PC market, it was an obvious move that Konami bring the series over from the consoles for a bigger market share. Revengeance came out for the PS3 and Xbox 360 and took almost a year to get ported over, but has come to be a very refined and assessable title even with its control shortcomings. 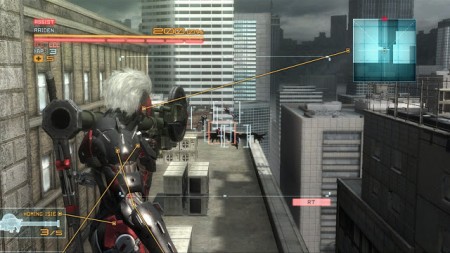 This title features the Rising brand and as such involves protagonist Raiden, a cyborg ninja. This is of course typical Metal Gear fare featuring government conspiracies, evil ninjas and of course the infamous Metal Gears. And the only way Konami would be able to tell you all that is with their lengthy cut scenes and exposition so it’s best to have some snacks around when playing this game.

Gameplay here is the usual run and attack we’ve come to expect form 3rd person action games, but Raiden’s sword adds a much deeper level of control form the usual “click to attack.” That’s not saying you won’t get a good finger workout from pressing your mouse buttons, but it’s the free attack that keeps this game interesting. Pressing shift at any moment enters you into a slowed down world where you can slice and dice enemies to your will.

The mouse controls the directions in which your sword goes and actually created the game’s biggest challenge. Because as it turns out, to control the sword you must drag your mouse in the direction you please. In fast sections of the game and with a small mouse pad, this can cost you vital time, and this being a Platinum-developed game, can also cost you a considerable chunk of your journey. It’s best going into this game knowing you will die because it is unavoidable. Even 10 minutes into the first mission, when you must battle the first boss, tutorial boxes are still floating around.

The game is still rather ugly considering the added horsepower from being on the PC instead of 7 year old consoles, but it matters very little because you’ll be running around facing moving enemies and the like instead of admiring the scenery. Most of the environment can be cut such as boxes or street poles which is pretty freakin fun to do. The music is usual Thump Thump Boom, background noise but doesn’t get in the way of the actual game. 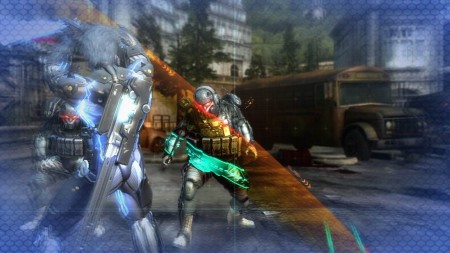 Having taken a 13 year hiatus, it’s great to know that we might finally start seeing more Metal Gear games on PC.

Revengeance shows that Konami still knows how to please the fans of the franchise too. With minimal flaws and maximum enjoyment, it’s a shame this released later then it’s console counterparts. This is still a better experience with a gamepad but provides the same racing action with or without a keyboard. Here’s hoping Metal Gear 5 will also get a PC release, because that would be without a doubt, phenomenal.

A young lad on a magical journey through the dark and terrifying world known to many as "the industry". From his hellish prison, Isaac can hear the cries of pain and suffering from those who came before him, only to hear their hearts stop in utter terror. Video games aren't all fun and games kiddies.
Previous Valiant announces Shadowman: End Times #1
Next Take a look at the first boss battle in Donkey Kong Country: Tropical Freeze