Serious Sam Double D gets even bigger on PC

The Xbox Live version of the game is now available on PC’s via a free update. 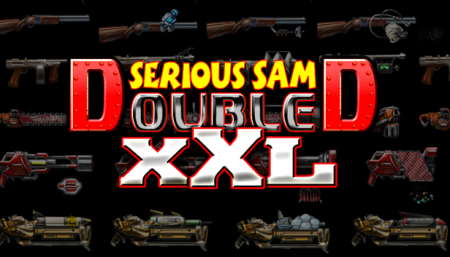 Devolver Digital and developer Mommy’s Best Games have announced that the 2D side-scroller now has all the Serious Sam Double D XXL bells and whistles, but on the PC. If you already own the game on Steam, you’ll get the updated content for free- if you have yet to pick it up and do, you’re in for the superior Xbox Live edition.

Jason's been knee deep in videogames since he was but a lad. Cutting his teeth on the pixely glory that was the Atari 2600, he's been hack'n'slashing and shoot'em'uping ever since. Mainly an FPS and action guy, Jason enjoys the occasional well crafted title from every genre.
@jason_tas
Previous Battlefield 4 begins with a bang
Next Skylanders SwapForce (Xbox 360) Review