A look at the ‘sprawling satirical re-imagining of Southern California’. 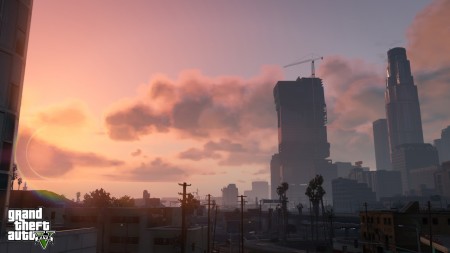 A trailer has been released for Rockstar’s Grand Theft Auto V, and this time, there’s gameplay footage with narration of what’s going on.  And it all looks a little bit OK.

The first thing you notice is just how good the game looks.  Los Santos has a vast array of environments, from the wilderness to areas of urban decay and lively beaches.  You also get a sense of how enormous the game world actually is.  There’s a lot of characters to interact with and things to do, such as shop and play sports.  You can even play the stock market and invest in real estate.  The trailer also shows how the three character switching dynamics work, as you use one character as a sniper to help your partner already in a building.

Grand Theft Auto V is due out on September 17th worldwide for PS3 and Xbox 360.

Mike is Brutal Gamer's Indie Editor. He has been playing video games since the early 90s and is fond of racing games, puzzlers and MMOs. Typing /played while in WoW makes him cry, but not enough to stop him playing some more.
@Ognawk
Previous Marvel teases ‘Share Your Universe’
Next ZombiU sequel ruled out as Wii U confidence wanes among publishers