Having already played Splinter Cell: Conviction and all of the other installments in Tom Clancy’s Splinter Cell series, you can only imagine how excited I was when given the opportunity to attend the preview event for the latest game in the series by Ubisoft. So, how did things go? 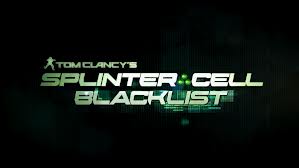 The event was delayed originally due to some issues, but once things got underway, I finally got the chance to get my hands on some long awaited gameplay, was it worth the wait? Before starting the game, you are presented with four difficulty levels to choose from, rookie, normal, realistic, and perfectionist, I chose to play it on normal (didn’t want to show off too much.) You take control of Sam Fisher (looking greyer and older than before) near an air force base in a night rainy setting, you make your way through what looks like a sewage pipe, once you get to the other side is when the action really begins. To me, this felt like more of a tutorial on how to use the gameplay mechanics (which isn’t a bad thing.) You learn how to take cover behind walls or other obstacles and how to perform takedowns on unsuspecting enemies. Once you have completed this section, you’re treated to a cut-scene of the US President and Sam Fisher as we are introduced to the now Fourth Echelon (Those of you who played Conviction will know what happened to the Third,) members include computer hacker Charlie Cole, former CIA operative Isaac Briggs, the returning Anna Grimmsdottir and Victor Coste. Your first real mission begins in Benghazi, Libya, this is where the key strength of the game is shown from what I got to experience, the attention to detail was amazing, from the bazaars to the buildings, the sound effects combined with a really good soundtrack does a really great job of immersing you, which is what all games should do.

The gameplay mechanics are pretty much the same as Splinter Cell: Conviction (which I’m really glad about,) but the main difference being that the controls and response are alot more fluid and flow more naturally than before. The A button is for performing action, you hold the left trigger and use the right stick to aim, press right trigger to fire. One problem I did have with the controls were the cover mechanics, when moving while up against a wall, Sam intends to move out of cover almost as if trying to deliberately get himself spotted. I really liked the ability to choose between lethal and non-lethal takedowns by using the d-pad, should you choose non-lethal, enemies are capable of resuscitating their allies making your job that much more difficult, which is why I chose lethal takedowns, but I suppose it’s not a bad way of challenging yourself. Another great thing about using takedowns is that it fills up your execute gauge, this lets you mark multiple targets and take them out via headshots by pressing the Y button, the gauge can fill quickly or slowly depending on difficulty settings. There is also a perfect blend of stealth and action, you can choose to play the game as a third-person shooter or you can choose to remain undetected throughout, which is alot more difficult than you can imagine. I tried doing both, and although I’m ashamed to admit this, I died alot of times with the stealth option. One great thing about the stealth in this game is when you hide in the dark, the environment around you goes darker aswell, if you get spotted, there’s an after image of Sam Fisher left behind at your last seen position, as impressed as I was by this, I found it quiet frustrating at times as it got in the way of the camera. If you get far enough from where you were caught and manage to hide yourself well again, the enemy will go to the spot and start scanning the area. should you play this game as a third-person shooter however, you must learn to cover and move around as much as you can, due to the enemies being quick to work out your positions. Now, I don’t really like using the term “realistic” when referring to games, but I thought it was a bit of a stretch that a man of Sam’s age (who’s in his 50s) to be able to move around so nimbly, especially when shimmying across the ledge using the agility and flexibility of a cat, I feel as though more could’ve been done to show that he has aged somewhat (not suggesting they should have him completing missions on a zimmer frame.)

An impressive feature that really stands out though, is the ability to customise Sam’s gear, you can change anything to your liking, from goggles to boots, you can even change the colour of the lights displayed on the goggles (admittedly, I had alot of fun with this.) New items can be acquired by purchasing them using money at the end of each mission and there’s the option of upgrading your weapons from the blackmarket thanks to the returning Andriy Kobin (trying my best not to give away any spoilers here, but trust me, there’s a good reason for him coming back.)

The greatest fun To be had at the event was when I got to play the Spies vs Mercs multiplayer, the job of the spy team is to make your way to different terminals which are setup all over the map, and to stay alive during the hacking process, as a merc, your job is to prevent the hack and reset it. Spies play in the third-person and can use the environment around them such as hiding in the shadows and vents, but mercs play in the first-person (pretty much FPS) and have access to drones which you can send to various areas and through vents to blow up the spies and also have the ability to use disruptors to disrupt enemy equipment. Both sides have an equal amount of advantage and disadvantage to using, for example, as a spy, you have weak weapons (I tried firing a machine gun at a merc and it was like firing a pellet gun at an armoured soldier) but you more than make up for it with stealth and the ability to perform takedowns. The mercs on the other hand are equipped with powerful heavy damage weapons, but are prone to being taken down quiet easily and don’t forget, it’s almost impossible to see the spies when they’re hidden in the darkness. There’s a choice between classic and blacklist mode, the main difference being that you have the option to customise weapons, gadgets and armour, and in classic mode, spies don’t have access to lethal weapons.

I’ll admit I was quiet sceptical of the latest installment in one of Tom Clancy’s most successful series, but having played it for myself and as someone who completed Splinter Cell: Conviction, Blacklist is a solid entry in the series, not suggesting it’s perfect, it has it’s fair share of camera and AI issues, but a much bigger improvement on the previous game, and also I felt Eric Johnson gave a solid performance as Sam Fisher.

I've been a gamer since I was a child (which is going way back when) the very first console I owned was the Sega Master System, during my time as a gamer I have pretty much come across nearly every console including the Bally Astrocade(which requiered cassette tapes to play games) so I have broad range of knowledge when it comes to video games. My favourite game of all time is between Shadow Hearts (a rare gem of an RPG released for the Playstation 2) and Final Fantasy VIII.
Previous Milo Manara welcomes Angela into the Marvel U in style
Next Twitch and Steam Merge Lanes for Dota 2