“My name is Legion; for we are many.” 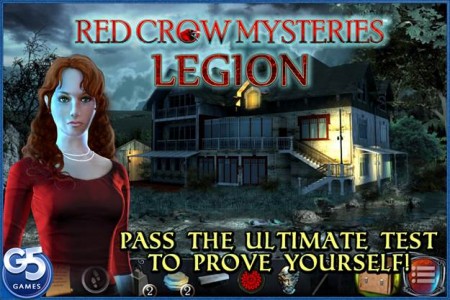 Red Crow Mysteries: Legion is a hidden object adventure with a paranormal theme that has going up against a mysterious figure named Legion. From the moment you first wake up in the game, disoriented and confused, you are resigning yourself to the fact that life as you know it has inexplicably changed. When your long dead mother starts appearing to guide you along your new path, you soon find out that it is up to you to fight Legion, and save the world.

Red Crow Mysteries: Legion uses a style that is much like a mix of your typical hidden object adventure and point and click adventure. While you won’t find any of the standard “hidden object jumble in a fixed screen” that is common in many games in the genre, it also isn’t the typical point and click style where you simply figure out which objects are needed and how they interact. Rather, each screen you enter features a small list of items that you are expected to find in the midst of your searching around. Those items are then used, either in that screen or a different one, in various ways – some items need to be combined with others in order to be effective, while others may be used in unexpected ways. Either way, figuring out how to use the item is just as important as figuring out where it is hidden. 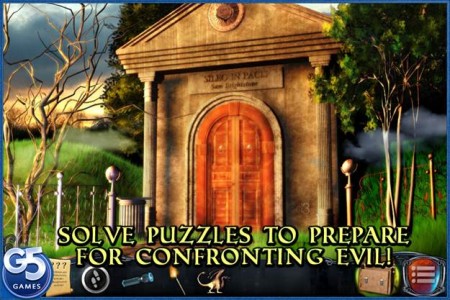 The story in Red Crow Mysteries: Legion really doesn’t advance a whole lot as you work your way through the game, although they try to inject some personality with conversation scenes here and there. Unfortunately, like many games in the genre, the story itself is a “take or leave it” sort of thing, with nothing overly memorable to show for it. The gameplay is interesting and engaging, but not overly so. Again, even with the slight differences in style and presentation, Red Crow Mysteries: Legion really feels like most other hidden object adventures out there. Does that mean you shouldn’t play it? Of course not. If you enjoy a hidden object adventure and don’t want to think too much, then this is the perfect game for you, as it should pretty much be exactly what you’d expect. 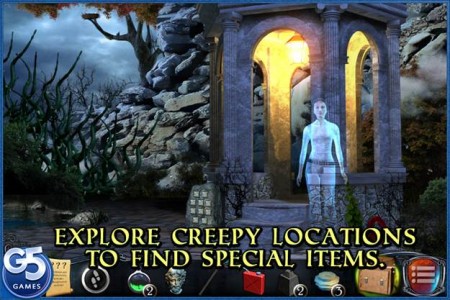 Red Crow Mysteries: Legion is the latest release from G5 Entertainment, and it brings hidden object adventure fans more of the same without really bringing anything new to the table. While gamers won’t find any new innovations or a riveting story line, they will find an adventure that is enjoyable and engaging enough for some nice casual play. With an unusual blend of hidden object and point and click adventuring, short mini games throughout for variety, and a popular paranormal theme, it’s a solid choice for gamers looking to just kick back and relax.