Want to play as the stiletto wearing witch from the game of the same name? The you better pre-order. 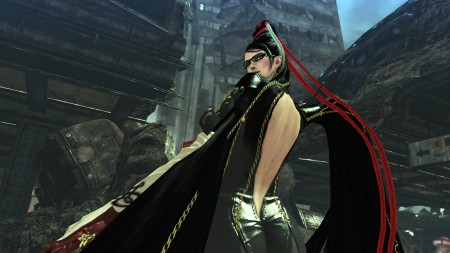 According to MCV, Sega is going to try and give sales of the long delayed beat’em up Anarchy Reigns a kick in the pants with a pre-order exclusive. An exclusive that will arrive in the form of Bayonetta.

The fan favorite character was announced as being playable in the game a while back and has been seen in a few screenshots in recent months. In addition to Miss Hair Magic, just on case she’s not enough, Sega will also be including a pair of game modes- Mad Survival and Dogfight as bonuses as well.

Modes can definitely be passed up on, Bayonetta though… If you’re a fan, you might want to get out and pre-order, painful as it can occasionally be. Anarchy Reigns goes on sale this January for the Xbox 360 and PS3.

Jason's been knee deep in videogames since he was but a lad. Cutting his teeth on the pixely glory that was the Atari 2600, he's been hack'n'slashing and shoot'em'uping ever since. Mainly an FPS and action guy, Jason enjoys the occasional well crafted title from every genre.
@jason_tas
Previous Geek & Sundry launches new shows, janitors involved
Next The Expendables live large