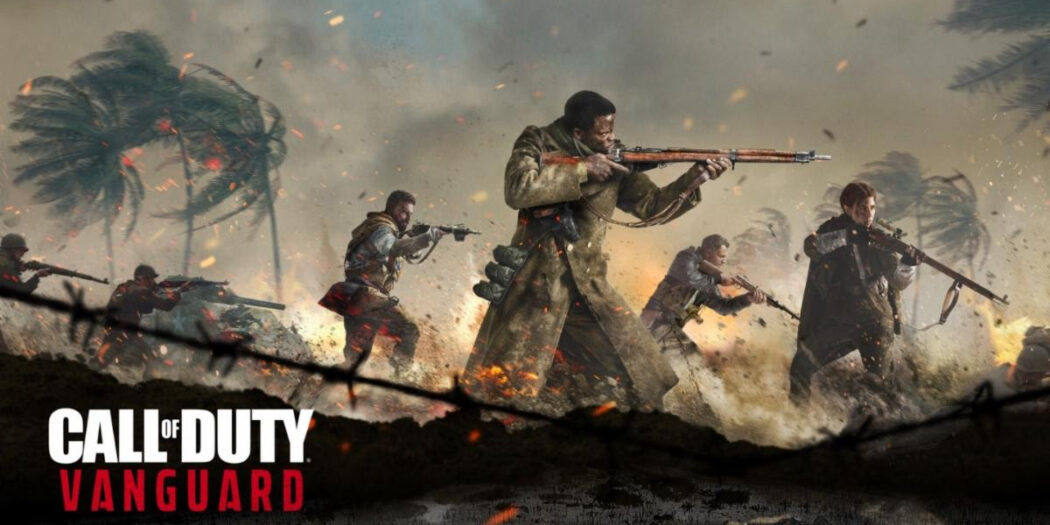 Activision’s Call of Duty returns to WWII once again, for a game that showcases a fresh twist on the formula. But don’t get too excited.

Yes, Call of Duty is back in World War II yet again. The backstory of the second Great War is where the franchise originally came from, though it’s mostly left that behind. Mostly.

Several years ago, CoD dipped back into the era for… WWII. That game was somewhat underwhelming, though since then CoD has been on a roll. Well, maybe since the flow up to that game, Black Ops III… I. That one was a tad floppish.

The soft-reboot of Modern Warfare was terrific though, an excellent modernization of the sub-series that fired on all cylinders. Speaking of, last year’s Black Ops – Cold War was just as good if not better. Set in the 80s, the game played off of the Cold War era to excellent effect.

But instead of heading back into one of those universes one again, Activision tapped WWII’s Sledgehammer Games for yet another go at, yes, WWII. Unlike WWII though, Call of Duty: Vanguard focuses on a very different kind of World War II narrative.

The end is the beginning (sort of)

Unlike pretty much every other game that’s featured WWII as a setting, Vanguard starts near the end of the war in Europe. Not to say that it’s over, but the Allies are closing on Berlin, and several huge moments of the war’s closing days are seen to play out early in the game’s story.

So where does it go from there? Well, it heads into a time that’s post-major combat operations. And it does indeed veer into territory that’s somewhat conspiracy-theory-esque as well. I don’t want to spoil anything in terms of the narrative, because some of it is pretty well done.

You play as members of the Vanguard, a special missions force of the Allies. The main character is indisputably British paratrooper, Sergeant Arthur Kingsley. He’s the team-leader, and an experienced soldier who’s assembled a crack team that includes fellow Brit Sergeant Richard Webb, US pilot Wade Jackson, Soviet nurse-turned-sniper Polina Petrova, and Australian soldier Lucas Riggs. It’s a cool team that mostly comes off well, though the way the campaign plays out isn’t exactly what I’d hoped.

Instead of playing though a Nazi exodus from Germany, and rounding them all up, Vanguard’s story is played out mostly in flashbacks. Outside of a few missions, and some excellently-done cutscenes, the bulk of the game is Kingsley basically recounting the harrowing tales of his squad’s various deeds of derring do.

Now, some of these mission are quite good. They’re loaded with the franchise’s signature colossal set pieces, and tons of fast and visceral action. When they hit the target, they can even be unsettling, showcasing the horror of open war. Even so however, I had a definite sense of ‘been there’ and a little ‘done-that’ as well.

I’ve played a lot of Call of Duty, and Medal of Honor as well (back when that series was good). So WWII isn’t new to me. Actually, it’s pretty well-worn. To get me interested and wrapped up into what Vanguard was offering, it’d have had to done something really different with its story. And it, for the most part, didn’t. That was a letdown, and there’s no other way I can put it.

I will add that, if you haven’t played a lot of WWII games, then you will likely not be affected in the way that I was. After all, and as I said, the story is loaded with action-highlights. But if you’re anything like me and you’re getting bored with the era, then you might not be overly enthused by Vanguard.

But maybe you’re playing for another reason

Remember, there’s much more to CoD than the narrative. That’s mainly my reason for playing these games, but I’d go so far as to say that most gamers play Call of Duty for a totally different reason. And by that, I mean zombies and multiplayer.

CoD’s zombies mode does make a return, as if that was in any doubt. This time around it’s loaded up with a new story, serving as a prequel to past zombies action. As there has been in the past too, there’s much more planned by way of DLC for undead fans.

Then there’s the multiplayer. If you’re a multiplayer Call of Duty fan, then you’ll also likely find a ton to like about Vanguard. Plenty of maps and modes of play are included, including Blitz, Assault, and more.

Familiar, if a little different

As for the controls, Call of Duty fans will be right at home. The game mostly plays as you’d expect it to, with plenty of tight gunplay, with both open warfare and more stealthy missions.

But Vanguard does mix it up a little bit, with some additions that you might not have expected. While the game will have you running and gunning, as well as flying a plane over the pacific, it’s Polina Petrova’s levels that really feel different.

For starters, there’s the parkour. Okay, so it’s light parkour, but it’s there regardless, and it does add some cool new elects to the game. Petrova does get her hands dirty with gunplay, as well as copious amounts of sniping, but she also has to jump, climb, and move from ledge to ledge to get through her missions. If that sounds goofy, it’s really not.

The mechanics are simple, this isn’t Mirror’s Edge, and it works well within the story. It also highlights the crumbling nature of Stalingrad (for example).

Unlike with the themes of the game, there’s no debating how good Vanguard looks. I’m pretty sure that even CoD haters would be hard-pressed to say too many negative things about Vanguard’s graphics.

Plainly said, the game looks tremendous. The action is big and bombastic, with over the top set pieces and grandly conceived battlefields. It varies the settings well too, with everything from Europe, to Russia, to Asian war zones that I would have liked to have seen much more of. There’s a ton to enjoy in terms of Vanguard’s looks.

Characters look great as well, and have some excellent facial work. At times, specifically in cutscenes, Vanguard’s heroes and villains look like real people. They are a significant upgrade over Cold War’s, and if you played that then you know that’s significant.

Just as a side note too, those cutscenes are outstanding. Across the board, the cinema scenes in Vanguard are flat out gorgeous.

Past the looks, the vocals are just as good. Kingsley is played by Chike Okonkwo, and he’s terrific. Likewise, Laura Bailey does an excellent job as Petrova, and Derek Phillips is awesome as the cocky US pilot Wade Jackson. Then there’s the villains. Vanguard has really two main villains in the power hungry Hermann Freisinger, played by Dan Donohue, and interrogator Jannick Richter, who’s played by Dominic Monaghan. Yes, that Dominic Monaghan. Both are excellent.

I’m more torn about Vanguard than I have been with a Call of Duty title in ages. I usually either love them or… not. Here though, there are elements that I thought were pulled off really well, but plenty more that I really disliked.

The bottom line is that Call of Duty: Vanguard is a great looking and playing game, It’s well acted by its voice cast, and has a campaign that hits some great notes. But it’s World War II. Again. And it’s a World War II game that doesn’t do a ton different than previous World War II games, and misses some chances to really do some cool things.

And that’s kind of just… disappointing.

It's back to WWII for Call of Duty with Vanguard, albeit with a slight twist. Still, even with a shift in the timeline, and some cool characters, Vanguard plays it a little too safe with the source material. It would have been way more interesting to take a more radical approach, and move the game completely into 'conspiracy' territory. Still, while the campaign is familiar, it's also loaded up with much of what you'd expect from a Call of Duty title. That being lots of action, some nice variation, and huge set pieces, all of which is showcased by some incredible graphics and sound. There's also the zombies mode and staple multiplayer to keep you busy. Depending on your own tastes, that might be enough.

Jason's been knee deep in videogames since he was but a lad. Cutting his teeth on the pixely glory that was the Atari 2600, he's been hack'n'slashing and shoot'em'uping ever since. Mainly an FPS and action guy, Jason enjoys the occasional well crafted title from every genre.
@jason_tas
Previous Company of Heroes 3’s multiplayer pre-alpha starts tomorrow
Next Trailer: Go behind the scenes of Xel for a look at the game’s character design