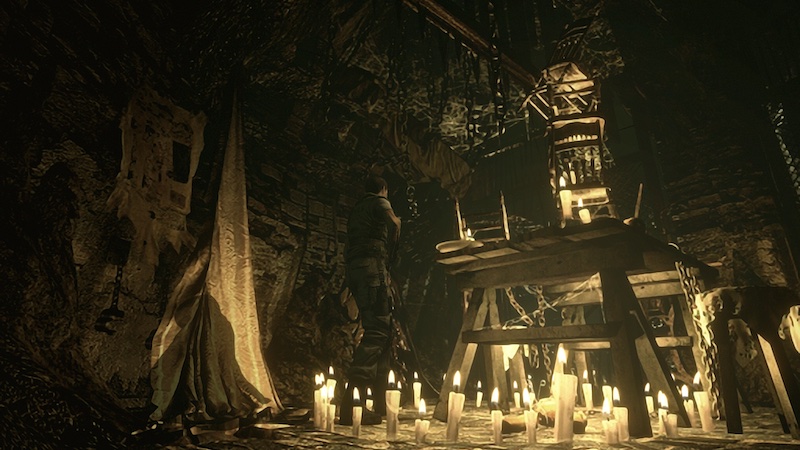 It’s the scariest day of the year, as Halloween 2021 is here. And if you’re in the mood for get good and creeped, we have a few gaming suggestions.

Yep, it’s Halloween alright. And thankfully, it actually feels like the holiday, unlike last year’s edition. So if you’re in the Halloween kind of mood, and are looking for a few interactive frights, we’ve got some suggestions for you.

These aren’t all new games, in fact there are a bunch of classics here that you might already have in your library. In fact, we’re starting off with a game that I’d wager most gamers own.

Castlevania: Symphony of the Night

The greatest Castlevania of all time? Maybe, though there are more than a few series fans who might disagree with you. With a series this deep and revered, that’s gonna happen. Nevertheless, Alucard presents more than a capable hero, and faces off against some of the most vile minions of Dracula, as he quests to stop his villainous father. The gameplay is tuned to perfection, the graphics are terrific, and the themes are more than just a little fitting for today.

Here’s the trailer for the double pack, which also includes Rondo of Blood:

Where can you play it? Almost any modern console. SotN is playable on a bunch of PlayStation and Xbox consoles.

Will you beat it in a day? It’s very doable. SotN is only about 8 hours long,

Space-based horror has rarely been done better than in the original Dead Space. The game follows a simple engineer, Isaac Clarke, as he finds himself faced with shambling undead terror that’s infected a space station. Along with slicing parts off of the beasts, the only way to beat them, Isaac also struggles with his own sanity.

Where can you play it? Dead Space is playable on the PS3, as well as every Xbox except the original, and the PC.

Will you beat it in a day? Kinda pushing it, but still possible. Dead Space is about 11 hours long.

While the reboot was fun, we’re talking about the original Splatterhouse here. A simple side-scrolling action game, Splatterhouse is also a gore-fest that serves up plenty of disturbing monsters and neat-looking levels, gross-out horror levels.

Where can you play it? Actually this one’s kind of tough to find. Oddly enough, Splatterhouse is mainly on classic consoles, though it was ported to the Wii (digitally) and Switch. The latter is probably your best bet at this point.

This one’s a little different than the others on this list, as there are no demons or blood-soaked monsters. What there is, is one lone xenomorph. Playing as Ellen Ripley’s daughter, it’s your task to hide, sneak, and other wise survive this beast. The only truly effective Alien game ever made? Yeah, probably.

Where can you play it? Isolation is out on pretty much all modern systems, including the PS4, Xbox One, Switch, and PC.

Will you beat it in a day? Eh, not likely. Alien: Isolation is about 18 hours long. You can definitely get pretty deep into it though.

Resident Evil was pretty creepy the first time around, but the ReMake upped the ante on that in pretty much every way. The main themes are the same, as are most of the game’s campaigns, which consist of scouring the mansion for items, solving puzzles, and surviving the horrors that Umbrella has wrought. But Capcom added some new scenes as well, and they’re just that much more terrifying. Add to that the vastly improved graphics (which still look good today), and you have the quintessential RE experience.

Where can you play it? PS3, PS4, Xbox 360, Xbox One, Switch, and the PC all have the game, along with some classic consoles.

Will you beat it in a day? Like Dead Space, at 11 hours long it’s doable, though you might be pushing it if you have other things to do this Halloween.

If those weren’t enough for you, or you’ve played all of them to death already, here are a few more honorable mentions to make your Halloween a little more frightful.

Those are our suggestions for what could make this Halloween just that much more of a spooky day. Do you have a horror game that’s a go-to for your own October 31st? Share it in the comments and let us know!

Jason's been knee deep in videogames since he was but a lad. Cutting his teeth on the pixely glory that was the Atari 2600, he's been hack'n'slashing and shoot'em'uping ever since. Mainly an FPS and action guy, Jason enjoys the occasional well crafted title from every genre.
@jason_tas
Previous Ghostrunner gets spooky for Halloween (and free thanks to Amazon Prime)
Next SuperGroupies: Blending Passion For Fashion With Anime And Video Games: Interview With Hyein Seo