The zombie/monster apocalypse, with a side order of parkour, is gonna take just a little longer. Dying Light 2: Stay Human is officially a game of 2022.

Nobody likes a delay. And that’s especially true when it’s a pretty big title, that’s got a solid amount of anticipation built up. Just remember the old adage though, that a bad game is bad forever, and it kind of makes the delay of Dying Light 2 a little easier to take.

Originally set for launch this December, Techland’s latest rotter-fest is instead going to be happening on February 4th, 2022. Yes, that’s a pretty lengthy delay, but it might mean that things will be even better for what the developer says is its biggest title ever.

Actually, it likely will mean that, since that’s exactly what Techland cites as the cause of the delay. With the game basically done right now, play-testing had kicked off and there were apparently a bit more rough edges than originally imagined.

To that end, and to explain things a little further, the company released a special letter, addressed to fans.

Jason's been knee deep in videogames since he was but a lad. Cutting his teeth on the pixely glory that was the Atari 2600, he's been hack'n'slashing and shoot'em'uping ever since. Mainly an FPS and action guy, Jason enjoys the occasional well crafted title from every genre.
@jason_tas
Previous Trailer: Time to work with portals (and robots) in Evil Genius 2
Next Trailer: Grand Cathay takes the fight to Tzeentch in Total War: Warhammer III 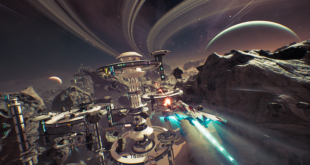