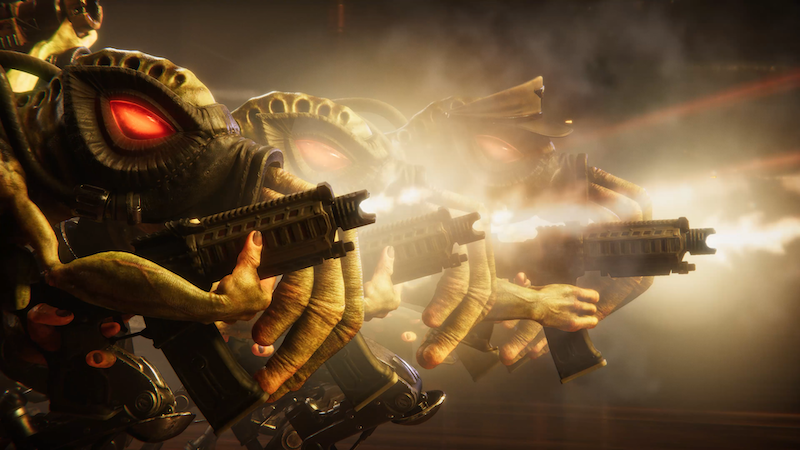 Home / News / Trailer(s): The time is nigh for Oddworld: Soulstorm

Trailer(s): The time is nigh for Oddworld: Soulstorm

It’s almost here. The ‘true’ sequel to Oddworld is coming up tomorrow, April 6th, and looks ready to unleash a whole new era for Abe and the Mudokans.

You’ll notice that, unlike when we usually post a trailer article, the title for this one’s got an ‘s’. That’s because Oddworld Inhabitants was unwilling to release just one new look at Oddworld: Soulstorm. No that wouldn’t do at all. Instead we have a 4-pack of them, covering “Looting & Crafting”, “Environments”, “Stealth”, and “Followers”.

Now that that’s out of the way, onto the release news. Oddworld: Soulstorm releases in digital format tomorrow, April 6th, for the PS4 and PS5, as well as the PC. As you might have thought too, there is a pathway to a free next-gen edition in place. Though, fair warning, it’s a little… odd.

The whole cross-gen thing gets weird for this game because Oddworld: Soulstorm is free this month (April 2021) for the PS5. So basically, there won’t be any backwards compatibility set to be offered. If you get that free PS5 edition, you won’t be able to play it on your PS4. For that matter, even if you don’t have PS+ and you pay for that PS5 edition, there still won’t be any back-compat.

However, if you eschew the digital release altogether, and buy the physical PS4 game, then you’ll get the digital PS5 offering for free. So there’s your double-dip. There’s another ‘but’ though, and that comes in the form of when said boxed Soulstorm will be out. Yep, you’ve got a wait for it. The physical version won’t be on store shelves till July 6th.

Jason's been knee deep in videogames since he was but a lad. Cutting his teeth on the pixely glory that was the Atari 2600, he's been hack'n'slashing and shoot'em'uping ever since. Mainly an FPS and action guy, Jason enjoys the occasional well crafted title from every genre.
@jason_tas
Previous Pre-orders open now for LRG’s Doom: The Classics Collection
Next Pre-orders open for Udon’s Street Fighter 2021 Sci-fi & Fantasy Special