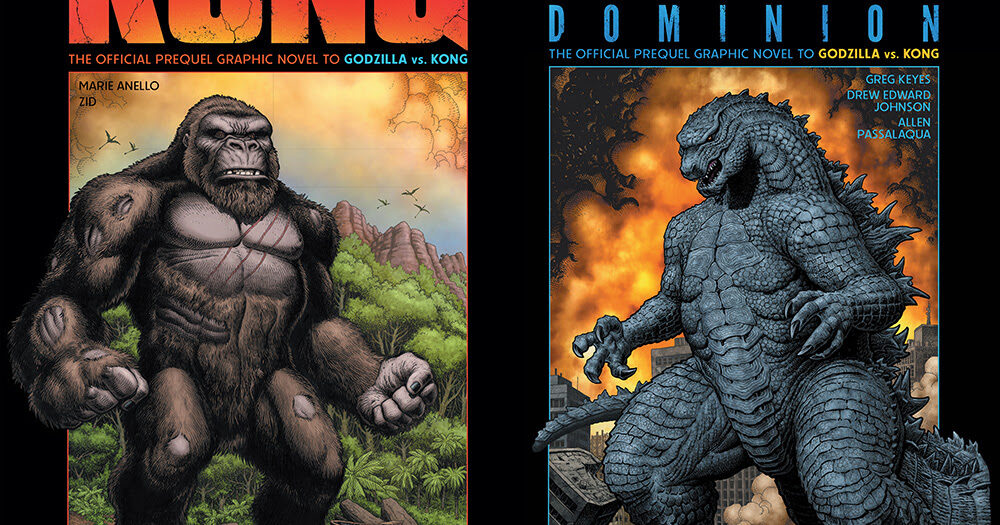 Legendary Comics has a pair of prequel comics on the way for Godzilla vs Kong, and both are set to feature work from the legendary Art Adams.

When you talk about legendary comic book artists, Art Adams has to be right there. The artist has penciled some of the biggest characters of all time, after all. Though his latest project might be the largest scale yet. Of course, that’s because he’s lending his talents to the covers of Godzilla and Kong prequel comics from Legendary.

The books will serve as lead-ins to the upcoming ‘versus’ film, in which the titans will tussle. Though both will feature Adams’ work on the covers, the creative teams will be different. Kingdom Kong will star writer Marie Anello, and interior pencils from ZID. Godzilla Dominion on the other hand, will be written by Greg Keyes, with art from Drew Edward Johnson.

Both titles will hit on the same day though, March 30th, 2021. And if you’re looking to grab some copies, both are up for pre-order right now.

Full details are below, along with pre-order links.

A sequel to the graphic novel Skull Island: Birth of Kong and a prelude to the film Godzilla vs. Kong, the upcoming prequel graphic novel, Kingdom Kong, will follow a group of highly skilled military pilots gathered together on Skull Island to see who has ‘the right stuff’ to take on a dangerous mission into the hollow earth. One of the pilots, Audrey, is haunted by the memories of a monstrous clash with one of Godzilla’s titanic rivals that left deep scars. When Skull Island is attacked by Camazotz, a bat-like Titan, Audrey must come to terms with her inner demons, and finding his home newly threatened, Kong must rise to face this usurper that would plunge the world into perpetual night. Kingdom Kong is written by Marie Anello (Shout Out) with art by ZID (Legendary Comics’ Skull Island: The Birth of Kong; Trick ‘r Treat: Days of the Dead; Spectral: Ghosts of War).

Godzilla Dominion—the prequel graphic novel written by Greg Keyes (the Age of Unreason trilogy; three New York Times bestselling Star Wars novels in the New Jedi Order series) with art by Drew Edward Johnson (DC’s Wonder Woman, Supergirl; Legendary Comics’ Godzilla Aftershock)—will feature a unique story that picks up after the events of the film Godzilla: King of the Monsters, where the Titans have risen and the reign of Godzilla has begun. As told entirely from Godzilla’s point of view, the graphic novel brings new insights into the King of Monsters: his habitats, ancient rivalries, encounters with new Titans, and other challenges. As his new era of dominance is tested, a coming confrontation with another King looms.

Jason's been knee deep in videogames since he was but a lad. Cutting his teeth on the pixely glory that was the Atari 2600, he's been hack'n'slashing and shoot'em'uping ever since. Mainly an FPS and action guy, Jason enjoys the occasional well crafted title from every genre.
@jason_tas
Previous Trailer: Call of Duty: Black Ops Cold War and Warzone season 2 is here
Next CyberTown brings cyberpunk city-building and more to PC