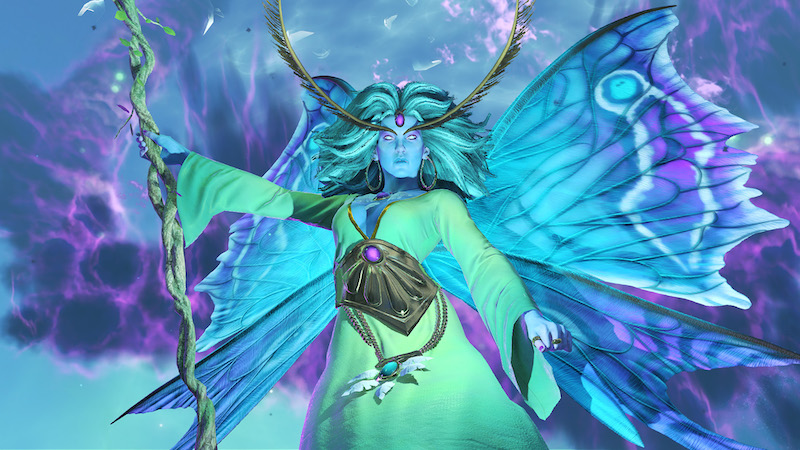 Home / News / Throt the Unclean and the Sisters of Twilight debut in Total War: Warhammer II

The Twisted and The Twilight is the latest content hitting for strategy title Total War: Warhammer, adding to the Skaven and Wood Elves factions.

If you’re a fan of Total War: Warhammer II, then you’re likely to dig what Sega has just unleashed for the PC game. Officially titled The Twisted and the Twilight, the latest contend pack adds in new heroes and villains for the Wood Elves and Skaven factions.

In the pack, you’ll find the likes of Great Stag Knights, Brood Horrors, Zoats, and even a few “horrifying Wolf Rats”. The centerpiece of the DLC though, comes in the form of the Skaven’s Throt The Unclean, and the Wood Elves’ Naestra and Arahan.

The Sisters of Twilight, known individually as Naestra and Arahan, are twins of unusual circumstance and are as different as night from day. Equally devastating with a bow or spear, they stalk the battlefield atop a Great Eagle or Forest Dragon, inflicting wrath upon those who threaten the forests.

Throt The Unclean is the most twisted and ingenious Master Mutator of Clan Moulder. A mutated and bloated beast, he excels at ensnaring large characters and using his trusted Creature-killer and Whip of Domination to break them to his will.

While The Twisted and the Twilight is a paid pack, there’s also some free DLC. You can read all about that, and the pack in question here, right here on the official blog update page for the game.

Jason's been knee deep in videogames since he was but a lad. Cutting his teeth on the pixely glory that was the Atari 2600, he's been hack'n'slashing and shoot'em'uping ever since. Mainly an FPS and action guy, Jason enjoys the occasional well crafted title from every genre.
@jason_tas
Previous King of Fighters XV to be revealed in January with Samurai Showdown Season 3
Next PAX announces 2021 return for live and in-person cons