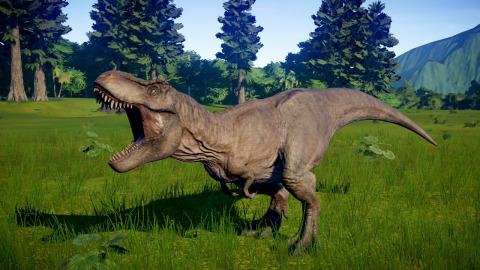 It’s a big, big Nintendo Download this week, with a bunch of big releases, and surprises like Control and Jurassic World Evolution.

A wave of games

There are a lot of notable games in this week’s Nintendo Download. Like, a lot of them. New launches run the gamut from big to small, and even include some shockers like Remedy’s Control (Cloud Version), and Jurassic World Evolution.

Past those though, Nintendo has their own big release this week with Pikmin 3 Deluxe. The game includes everything that has been available for Pikmin 3 in terms of DLC, plus some new story missions. So if you’re a fan who’s played P3 before, you’ll still find something new for you here.

It really is a huge list of goodies though, so scroll on down and check it out. Chances are you’re going to spot something for yourself.

* Nintendo Switch Online membership and Nintendo Account required for online features. Free trial automatically converts to one-month auto-renewing membership unless automatic renewal is turned off by the end of the free trial. Credit card/PayPal account required for 18+. Free trial cannot be redeemed by a Nintendo Account with an active Individual Membership or Family Membership. Not available in all countries. Internet access required for online features. Terms apply. https://nintendo.com/switch-online

Jason's been knee deep in videogames since he was but a lad. Cutting his teeth on the pixely glory that was the Atari 2600, he's been hack'n'slashing and shoot'em'uping ever since. Mainly an FPS and action guy, Jason enjoys the occasional well crafted title from every genre.
@jason_tas
Previous Nintendo Direct Mini wrap-up
Next Trailer: Outbreak: The Nightmare Chronicles scares up a November release