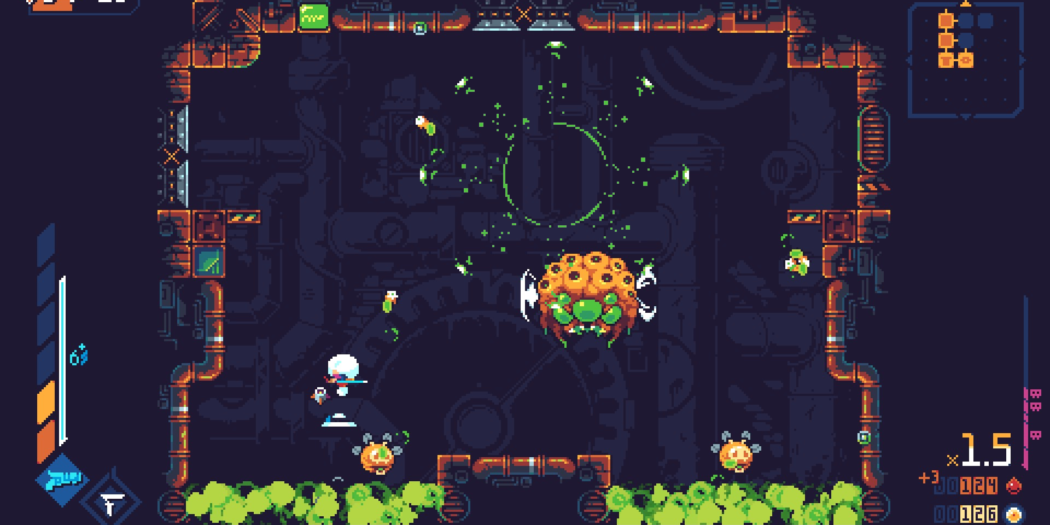 Rocking tunes and rogue-like action that looks like it should test the most dexterous of gamers, ScourgeBringer is set to launch this month.

ScourgeBringer aims to channel the mystery and rawness of an early rogue-platformer, with fluid control, aerial combat, pixel graphics and a punchy soundtrack. The story follows hero Kyhra, who is sent away to uncover the secrets of an Eldritch monolith which is threatening to destroy her world. Armed with her trusty combat drone, she must shoot and slash her way through the infinite depths of an ever-changing dungeon, wherein gigantic bosses, ancient machines, strange ghosts and untold secrets from previous explorers await.

From Dear Villagers and Flying Oak Games, ScourgeBringer arrives on Switch, Xbox One, and PC on October 21st. A demo is available right now on consoles.

Jason's been knee deep in videogames since he was but a lad. Cutting his teeth on the pixely glory that was the Atari 2600, he's been hack'n'slashing and shoot'em'uping ever since. Mainly an FPS and action guy, Jason enjoys the occasional well crafted title from every genre.
@jason_tas
Previous Sniper Elite 4 dated, takes aim on Switch next month
Next Mondo releases Batman: The Animated Series art book