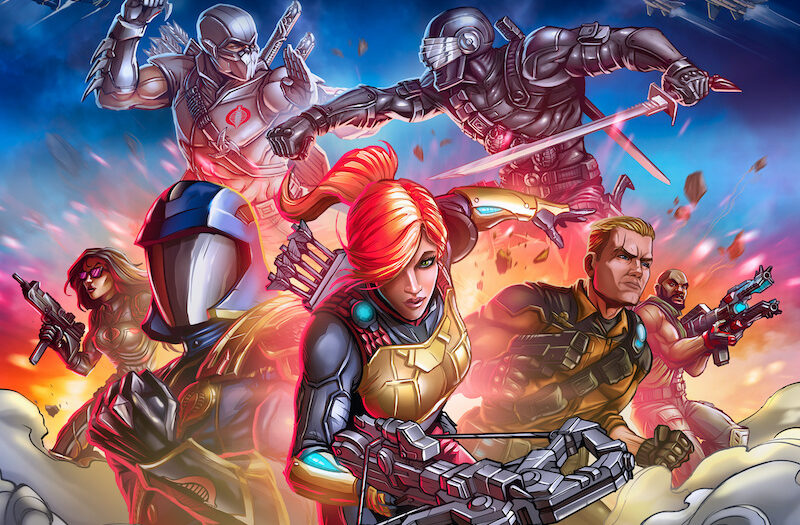 For the first time in a long, long time, there’s a brand new G.I. Joe game out there. Operation Blackout spins the classic IP, building on the new toy line.

If you’re an 80s (or 90s really) kid, then you probably know G.I. Joe well. The military/action property from Hasbro was a staple of toy aisles across the globe, and was a smash hit cartoon and comic book as well. But it’s been a while since any of that was true.

Sure there’s been more recent Joe stuff. There was the excellent 25th anniversary action figure line, as well as a few toons here and there, and the comics have never really stopped either. But none of that felt all that impactful. That is, until Toy Fair (remember those?!) 2020 brought Joe back as a 6″ action figure line that payed homage to the 3.75″ figures in a big way, but spun them into something a little more sci-fi.

And that’s the angle that Operation Blackout from GameMill Entertainment takes advantage of. The new Joe and Cobra designs are in full effect in the game, which hits retail today.

Experience an original story inspired by classic ’80s-style comics, over 17 campaign missions featuring epic locations like the U.S.S. Flagg and Cobra Headquarters, intense boss battles, and iconic vehicles like the Joes’ Persuader and Cobra H.I.S.S. tanks. Play the campaign on your own or with a friend in local split-screen co-op, then keep the fight going in four-player local PvP multiplayer modes like Capture the Flag, Assault, King of The Hill and Deathmatch Arena.

Play as your favorite heroes and villains from both sides with 12 playable characters, including Duke, Snake Eyes, Cobra Commander, Destro, Roadblock, Storm Shadow and more. Unleash a wide variety of weapons, skins, and devastating ultimate abilities as you mastermind world domination as Team Cobra and restore world order as Team Joe!

G.I. Joe: Operation Blackout is in stores now for the Xbox One, PS4, and Switch. It’ll run you $39.99 USD as a physical disc, though there’s also a Digital Deluxe Edition available on digital storefronts that includes “special character skins for Duke and Cobra Commander, 12 bonus weapon skins, and an exclusive digital art book and soundtrack, is also available today on all platforms (digitally only) for $49.99.”

Jason's been knee deep in videogames since he was but a lad. Cutting his teeth on the pixely glory that was the Atari 2600, he's been hack'n'slashing and shoot'em'uping ever since. Mainly an FPS and action guy, Jason enjoys the occasional well crafted title from every genre.
@jason_tas
Previous Trailer: The horror returns with Remothered: Broken Porcelain
Next Torchlight III debuts on consoles and PC, Switch next week