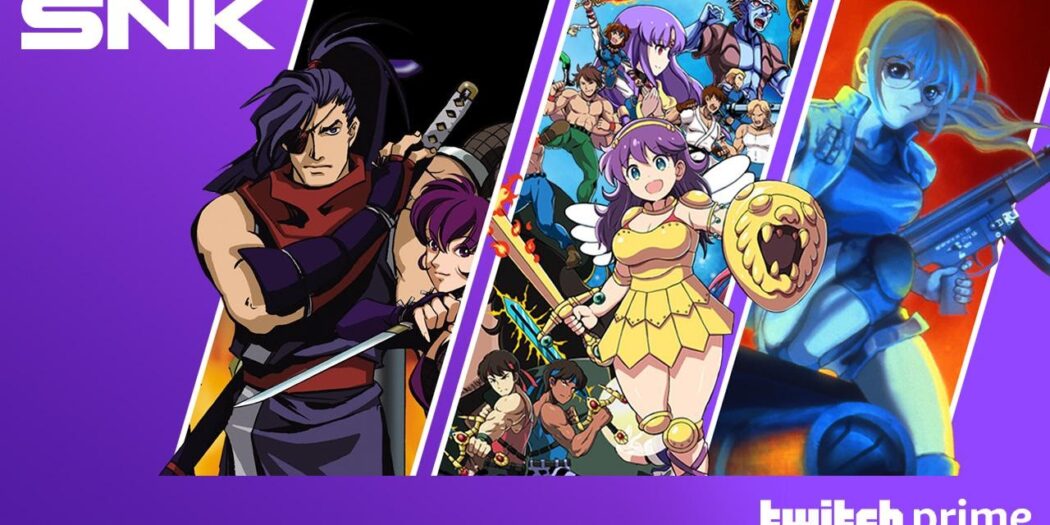 Subscribers of Twitch Prime should be happy this week, as a 7 pack of new SNK games have joined the PC gaming service’s giveaway pool.

Freebies galore! If you’re a PC gamer and you subscribe to Twitch Prime (or Amazon Prime), and you’re not taking part in the cavalcade of free games that’ve been hitting the service… what the heck is wrong with you?

Every month, Twitch Prime adds a new selection of freebies for subscribers to download and keep (as long as they have their sub active). This summer, that’s been bolstered significantly thanks to an initiative from SNK.

The publisher has been dropping tons of they’re own titles on Prime, and just added content drop 2 of a planned 3. These aren’t throwaway titles either, as the drops have included some of the best SNK games of all time.

Here’s what’s in the newest:

All of the above (plus wave 1) are available for download and play right now. Check it out here.

Jason's been knee deep in videogames since he was but a lad. Cutting his teeth on the pixely glory that was the Atari 2600, he's been hack'n'slashing and shoot'em'uping ever since. Mainly an FPS and action guy, Jason enjoys the occasional well crafted title from every genre.
@jason_tas
Previous Video game skateboarding returns, Skater XL is out now
Next Nintendo Download: Have a Blast With Fireworks and Dreams in Animal Crossing: New Horizons