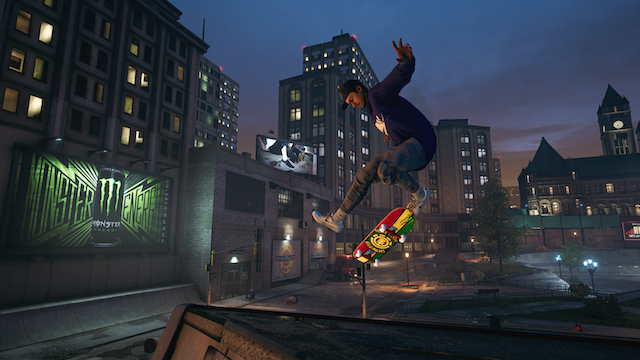 Activision’s remastered Tony Hawk’s Pro Skater 1 and 2 won’t be quite as you remember them. Instead they’ll a fresh cast of modern skate-greats.

How well do you remember Tony Hawk’s Pro Skater 1 and 2 from the classic PSOne days? Depending on how big a fan you were, probably pretty well. And if you do, then a few things probably stand out even today. For one thing, there was the gameplay, which was really the star of the show. But then there was also the look and feel of the game’s world, the soundtrack, and the stable of skaters.

It’s that last bit that will be changing for this fall’s redux. A new crew of skaters will be available for play. They include Nyjah Huston, Leo Baker, Leticia Bufoni, Aori Nishimura, Lizzie Armanto, Shane O’Neill, Riley Hawk and Tyshawn Jones.

If some of those names ring familiar as being associated with THPS already, there’s a reason. Activision says some of the new inclusions aren’t really completely ‘new’. But though they might’ve appeared in Pro Skater titles before, they definitely weren’t in parts 1 or 2. So they’re indeed new to the games in this collection.

Check them out in action

“Modern-day skateboarding originated from a generation of skaters who grew up playing the original Tony Hawk’s Pro Skater games,” said Michelle Bresaw, Vice President of Product Management and Marketing at Activision. “The world-class pro skaters we’re adding to this remaster took the tricks and combos from the videogame and made them possible in real life. We’re proud that the remaster will represent the skate culture landscape today with a diverse roster of skaters that will appeal to any gamer.”

Of course, it should also be added that you can also make your own skaters. So if you don’t dig any of the characters included, well, just create one. THPS1&2 will offer the popular create-a-skater feature. But that’s not all as create-a-park will be in there too. That should keep video-skaters busy for a while.

Tony Hawk’s Pro Skater 1 and 2 is set to arrive on consoles this September the 2nd. Remember too, that if you pre-order now, you’ll get access to the demo of the Warehouse level. That’s releasing August 14th.

Jason's been knee deep in videogames since he was but a lad. Cutting his teeth on the pixely glory that was the Atari 2600, he's been hack'n'slashing and shoot'em'uping ever since. Mainly an FPS and action guy, Jason enjoys the occasional well crafted title from every genre.
@jason_tas
Previous Exclusive Taskmaster figure hitting the Disney Store
Next New PAC-MAN statues coming up from Neamedia