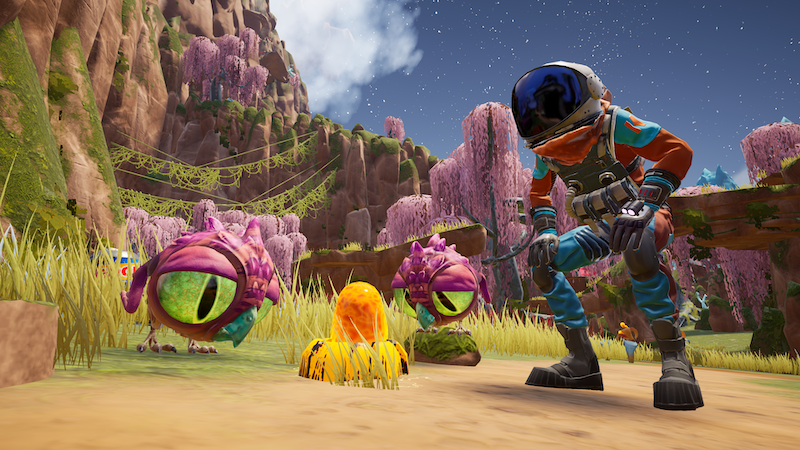 Home / News / Journey to the Savage Planet out now on Switch eShop, physical next month

Journey to the Savage Planet out now on Switch eShop, physical next month

Surprise! Journey to the Savage Planet is available now (depending on where you are) on the Nintendo eShop. A retail release is on the way too.

Journey to the Nintendo Switch

Released not all that long ago on other platforms, Journey to the Savage Planet was a nice little surprise. Colorful and fun, the sci-fi exploration game set players out on a mission to a far-off world. But this wasn’t for some grim and gritty adventure, instead hilarity ensued.

We reviewed the game here on the PS4, and had high marks for it.

Journey to the Savage Planet is the perfect length for an open-world adventure, driven forward by its humor and your own natural curiosity. Even when you’ve refilled your ship, it will be hard to want to leave the savage planet.

While that’s the PS4 version in the review snippet above, the Switch version is looking almost as good. And while the Nintendo Download that we posted this morning didn’t even mention the game, it’s indeed out right now on the console.

505 Games and developer Typhoon’s Journey to the Savage Planet is available digitally today, in all territories except Russia. There it’ll be available on the 28th. As for that mentioned physical version, that’s still a little ways off.

The cart edition is set to arrive on shelves (or online storefronts at least) on June 26th in Europe. It might be everywhere shortly after that day, but 505 says it could be a little longer for some countries. They note that the Americas will get it “when the supply chain allows”.

Coronavirus still very much staying in the news for next month, after all.

Jason's been knee deep in videogames since he was but a lad. Cutting his teeth on the pixely glory that was the Atari 2600, he's been hack'n'slashing and shoot'em'uping ever since. Mainly an FPS and action guy, Jason enjoys the occasional well crafted title from every genre.
@jason_tas
Previous Atari bringing Missile Command Recharged to PC and Switch this month
Next Check out the Mortal Kombat 11 Aftermath launch trailer