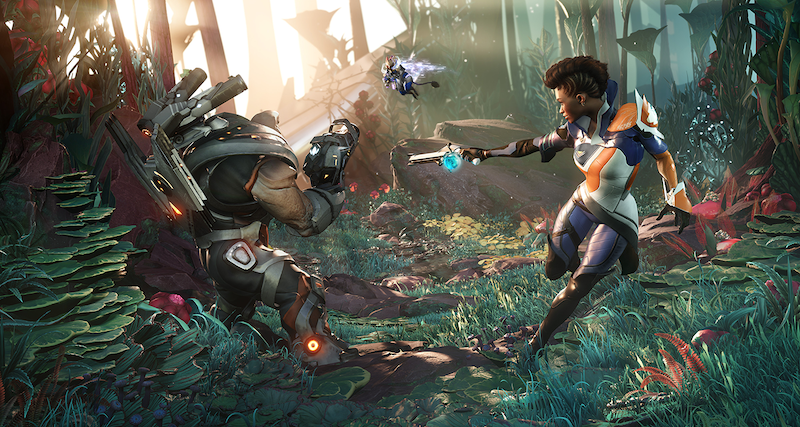 Looking for a little multiplayer action on the PC this weekend? Then you might want to check out the first such game from Amazon Games, Crucible.

In the realm of free-to-play games, there are some very big dogs. But that arena is one that the newly producing Amazon Games is happy to wade in to. And from the looks of Crucible, they’re more than ready.

Sporting slick sci-fi action and zany characters, Crucible sets gamers against both giant monsters on an alien world, and other gamers. Of course, the goal is to survive and win at all costs, but teamwork will play a part too.

So will collecting an element called Essence. The item will power-up “hunters” and amplify their abilities. So if you want to go far in the game’s wild world, it seems like something that you’re gonna want to have plenty of.

As for modes, Crucible hits with a trio. They are:

Now, technically, this isn’t the real ‘launch’ of Crucible. Amazon Games is calling this period a pre-season, and it’s one that’s intended to run for 8 weeks. The idea is to allow players to “discover and build skill playing their favorite hunters, and begin honing their strategy before Season 1 kicks off”.

You might imagine there’s a bonus for playing now too, and you’d be right. Amazon will be gifting players with 1000 in-game credits if they log on before June 2nd. Those can be redeemed for stuff like skins and emotes, which of course are purely cosmetic items.

You can get something significant too though, in the form of a Pre-Season Battle Pass. That’s 950 credits, and will get you “a series of challenges and rewards, including hunter and account customization options.” Not too shabby.

Crucible is available right now on the PC, and can be downloaded either from Steam or Amazon.

Jason's been knee deep in videogames since he was but a lad. Cutting his teeth on the pixely glory that was the Atari 2600, he's been hack'n'slashing and shoot'em'uping ever since. Mainly an FPS and action guy, Jason enjoys the occasional well crafted title from every genre.
@jason_tas
Previous Check out the Mortal Kombat 11 Aftermath launch trailer
Next Numskull celebrates PAC-MAN’s 40th with limited edition arcade and more