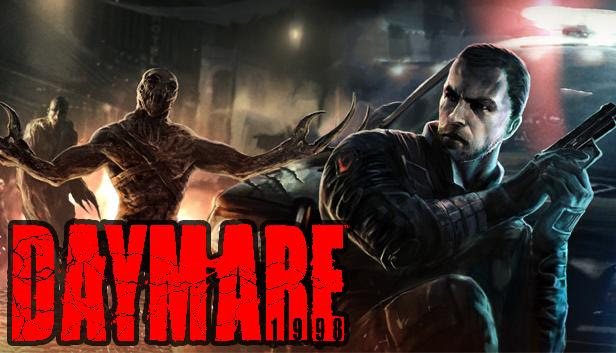 A whole new nightmare, though one that should feel familiar to survival/horror fans, Daymare 1998 is finally here for consoles.

Believe it or not, a “Daymare” is a real thing. Apple defines it as “a frightening or oppressive trance or hallucinatory condition experienced while awake”. So how does that apply to Daymare 1998, the new game from Invader Studios?

Well, while I’m pretty sure the horrors in this new game aren’t hallucinations, they’re definitely being experienced while the game’s characters are awake.

Daymare 1998 started un-life as a fan remake of Capcom’s Resident Evil 2. But when the publisher went ahead with last year’s remake themselves, Invader shifted gears. They ditched the remake tag, and created Daymare, which is more of an homage to the classic survival/horror game sequel.

The scene is set with a secret research facility, a deadly chemical weapon, and a special security team tasked with investigating an incident that has the potential to become more than a routine security breach. Follow the steps of an elite soldier, a helicopter pilot, and a forest ranger as they play out their roles in an event that transforms one peaceful small town into a dead zone and its citizens into bloodthirsty monsters. Take the creatures down first, and then look for any clues or evidence that you can piece together to make sense of the chaos. Keep track of your inventory, as resources will be scarce! Anything can happen when your daymares become real.

The game is available today both physically and digitally. In the US though, with a nod to the continued coronavirus situation, the game is digital only. Not to worry if you want to grab a physical copy though, as that will change. Invader has announced that a physical version of Daymare 1998 will hit stores (or online) on June 16th.

Especially for an indie title, the Black Edition is looking pretty awesome. It’s packed with extras like posters, stickers, and pins. You can pre-order it as of today.

Jason's been knee deep in videogames since he was but a lad. Cutting his teeth on the pixely glory that was the Atari 2600, he's been hack'n'slashing and shoot'em'uping ever since. Mainly an FPS and action guy, Jason enjoys the occasional well crafted title from every genre.
@jason_tas
Previous BG’s Game of the Month for March 20 is Doom Eternal
Next The Last of Us Part 2, Ghosts of Tsushima get new release dates