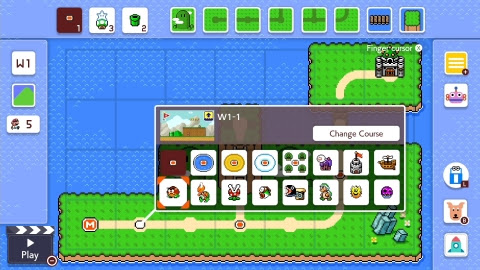 They saved the best for last. Nintendo’s final Super Mario Maker 2 update brings the ability to link courses with an over-map and more.

Quick – what’s the biggest complaint with all of the Super Mario Maker games? I’d wager that you immediately thought of the fact that there’s no way to link courses together in any meaningful way.

Sure you can make as many courses as you like. You can even name them to sound like they’re meant to be played in a specific order. That’s about it though, as nobody really has to play them the way that you intended.

Well thanks to this month’s update for the game, the final one by the way, now you can truly craft your own Super Mario game. Yes, like, the whole thing.

It’s called World Maker mode, and Nintendo is saying you can make “mini” Mario games with it. But with the ability to string together up to 40 courses, it sounds like you can do quite a bit here.

In World Maker mode, multiple courses created by a user can be tied together on a path from the starting point on a world map to the end castle. The look of the world map can also be customized. Up to eight worlds containing a total of up to 40 courses can be combined, creating a mini Super Mario game that can be shared with others.*

While the above is far and away the biggest part of this new DLC pack, there is more to talk about. It’s all much-wanted stuff too, so Nintendo really did save the best drop for last.

The Koopalings have arrived! All 7 of the Koopa Kids are heading to the game, and all of them will have their own movement patterns. That’s big. Know what else is kinda big? That darn Phanto is coming too, and so are those wind-up Mechakoopas.

Jason's been knee deep in videogames since he was but a lad. Cutting his teeth on the pixely glory that was the Atari 2600, he's been hack'n'slashing and shoot'em'uping ever since. Mainly an FPS and action guy, Jason enjoys the occasional well crafted title from every genre.
@jason_tas
Previous New Avatar The Last Airbender figures coming up
Next Entertainment Earth gets exclusive glow-in-the-dark Toxie