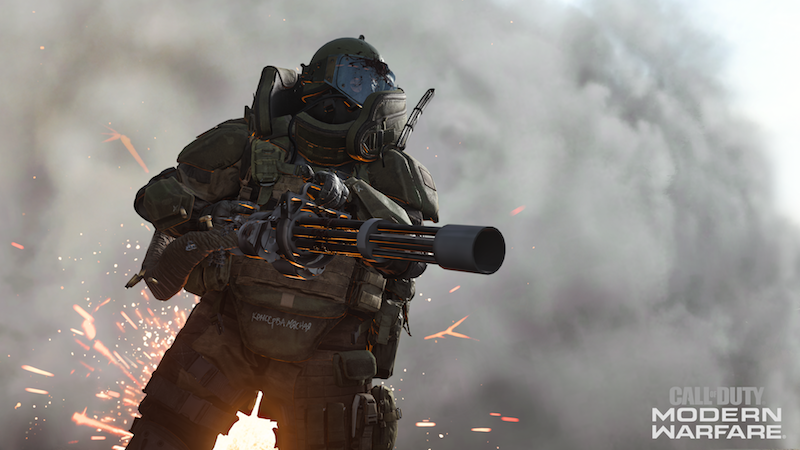 The Warzone has come to Call of Duty: Modern Warfare. Well, almost. The new multiplayer mode is coming in hot though, and will be live today.

A return to form for Activision’s military combat series, last fall’s Modern Warfare was a terrific FPS that set a new tone. It featured incredible graphics, some excellent action, and a an actually good story that seemed like some care had been taken with it.

One thing it didn’t have? A Battle Royale mode. Now you can scratch that off of the ‘want’ list though, since as of today, that’s just what Modern Warfare has.

Call of Duty: Warzone is an all-new experience from the world of Call of Duty: Modern Warfare, where up to 150 players can squad up with friends and drop into a massive online combat arena packed with non-stop action and endless fun. At launch, players will team up and fight as a trio across two epic modes, which includes a new take on the popular all-out survival Battle Royale mode with new and innovative ways to play, and an all-new original mode called Plunder, where teams battle to collect the most in-match Cash.

The mode is live right now if you’re an owner of the base game. If not, you’ll be able to dive in at 3pm eastern this afternoon. Yep, that’s right, you don’t have to have a copy of Modern Warfare to play. And the best part of that is, you don’t have to pay an entry fee either way. Warzone is a free-to-play… mode? Game? Whatever, it’s free. That’s the important part.

Check out the Activision game blog for more.

Jason's been knee deep in videogames since he was but a lad. Cutting his teeth on the pixely glory that was the Atari 2600, he's been hack'n'slashing and shoot'em'uping ever since. Mainly an FPS and action guy, Jason enjoys the occasional well crafted title from every genre.
@jason_tas
Previous Talisman: Digital Edition hits the Nintendo Switch
Next Witcher: Fading Memories comic announced