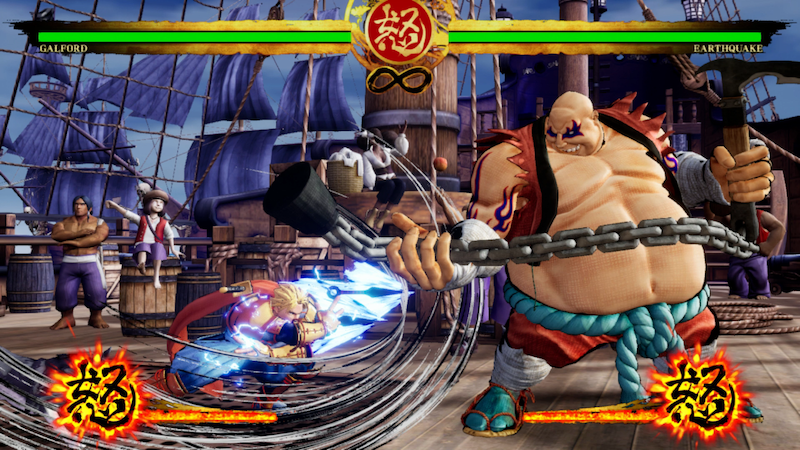 Draw your swords, SNK’s soft reboot of the Samurai Showdown fighting game series is now live for the Nintendo Switch.

SNK’s Samurai Showdown hit consoles last year, bringing the series back to fight fans everywhere. The game sported updated 2D graphics, as well as a roster that had both fan favorite and new fighters, all of which was wrapped around a familiar fighting engine.

Now that same game is available on the Nintendo Switch, and it’s looking ready for a little home and away action.

“SAMURAI SHOWDOWN on Nintendo Switch™ gives fans the chance to pick up a Joy-Con and Crescent Moon Slash their enemies to pieces from anywhere on the planet,” says Yasuyuki Oda, Lead Producer of SAMURAI SHODOWN. “We can’t wait to witness a fresh group of warriors slice their way to victory as the game’s original roster of icons and brand new Season Pass characters.”

Samurai Showdown is out right now on the Nintendo Switch, in both digital and physical formats. If you pre-ordered it too, you’re in for some treats with a digital copy of the NEO GEO Pocket title Samurai Showdown! 2, as well as a controller skin.

Jason's been knee deep in videogames since he was but a lad. Cutting his teeth on the pixely glory that was the Atari 2600, he's been hack'n'slashing and shoot'em'uping ever since. Mainly an FPS and action guy, Jason enjoys the occasional well crafted title from every genre.
@jason_tas
Previous PC retro shooter Wrath adds new content
Next Toy Fair 20: Mezco’s Marvel, DC, and horror highlights