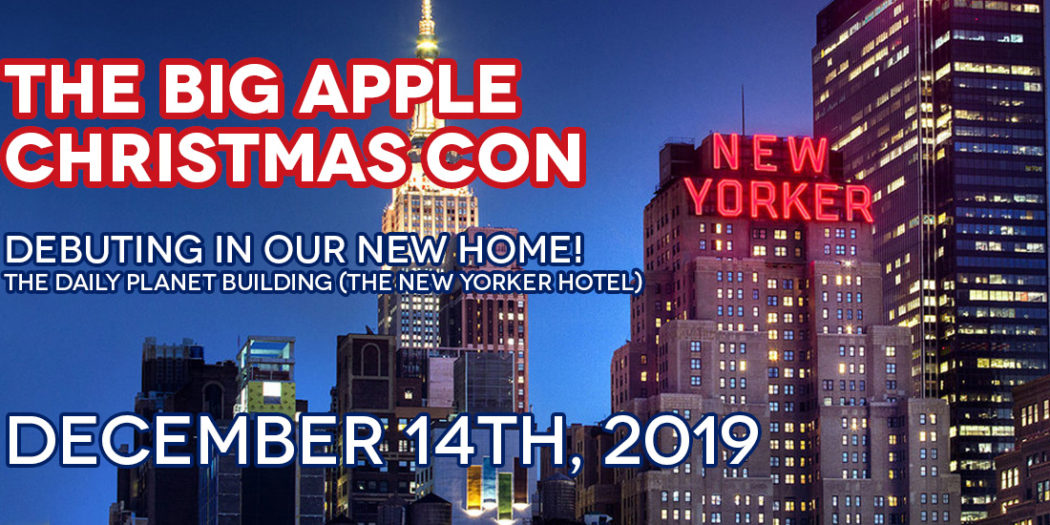 To celebrate its new home at the New Yorker hotel, a special Christmas Con is hitting NYC next month, courtesy of Big Apple Con.

Technically, this’ll be the second Big Apple Con of 2019. The comic book convention was held as usual last winter, and now there’s a special supplemental edition, landing next month.

The reason? BAC is moving shop, and holding mini-con to celebrate. Usually held at the Pennsylvania Hotel, the convention is now shifting over to the New Yorker. That’s not too far from the original site, and a place that should ring a bell for longtime pop culture fans.

If you’re unaware, the New Yorker played host in past decades to all manner of cons. Star Trek conventions, vintage toy shows, and smaller comic con’s aplenty called its ballroom home throughout the late 80s and 90s. Since the dawn of the mega-con though, it’s been relatively quiet. So with that in mind, it’s very nice indeed to see Big Apple taking it over again.

While the first official show won’t be till early next year, the Christmas show should be a nice holdover. Landing at the New Yorker on December 14th, the convention will showcase a bit of everything that fans dig about comic cons, plus some nice bonuses just for the Christmas season.

BIG APPLE CHRISTMAS CON will include:

More To Be Announced!

Jason's been knee deep in videogames since he was but a lad. Cutting his teeth on the pixely glory that was the Atari 2600, he's been hack'n'slashing and shoot'em'uping ever since. Mainly an FPS and action guy, Jason enjoys the occasional well crafted title from every genre.
@jason_tas
Previous NJPW figures coming up from Super7
Next Soul Calibur VI’s season 2 kicks off with Hilde