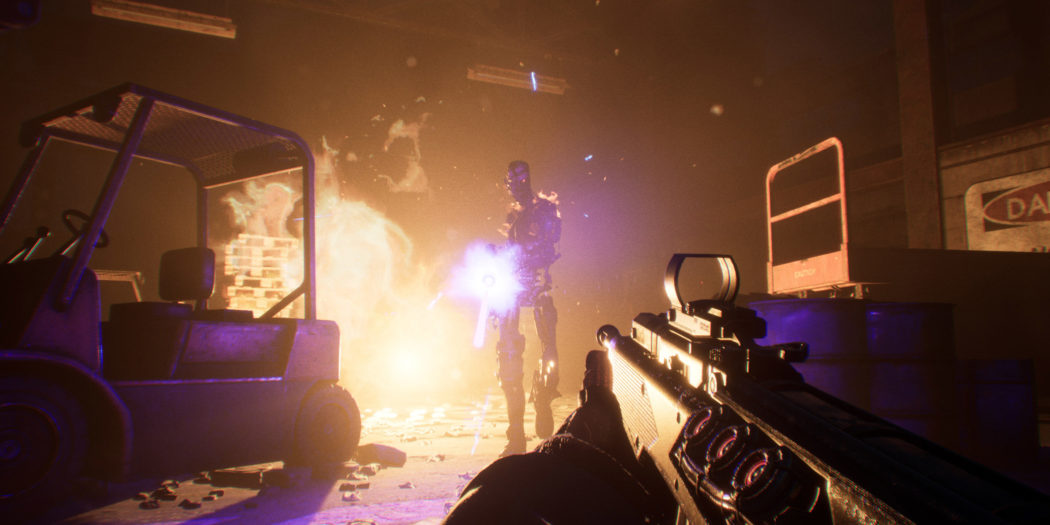 Two new trailers give a better look at Terminator: Resistance in action

Has there ever been a really good Terminator game? Not that I can recall anyway, and I remember more than a few, from the 16bit take on the original film to the PC FPS. Some have been okay, none have been great.

The latest is another FPS, but one that doesn’t tie into any specific movie. So it doesn’t seem like you’ll find the robotic adversary from Dark Fate in Resistance. What it does look like though, is a serious attempt to take on the ‘future war’ that the Terminator series attempted to showcase in the motion picture Salvation.

That’s a time period that fans have been clamoring to see in some form since the iconic opening shots of T2. It wasn’t too bad of a movie, but Salvation didn’t get that across sufficiently. It was set way too early in the conflict.

Resistance though, isn’t. And for a game that’s not from a major studio and was pretty much just announced, it’s looking shockingly good.

Terminator: Resistance hits the PC, PS4, and Xbox One on December 3rd.

Jason's been knee deep in videogames since he was but a lad. Cutting his teeth on the pixely glory that was the Atari 2600, he's been hack'n'slashing and shoot'em'uping ever since. Mainly an FPS and action guy, Jason enjoys the occasional well crafted title from every genre.
@jason_tas
Previous Diablo IV revealed
Next POW ‘Mo’ expandable wireless speaker (Hardware) Review