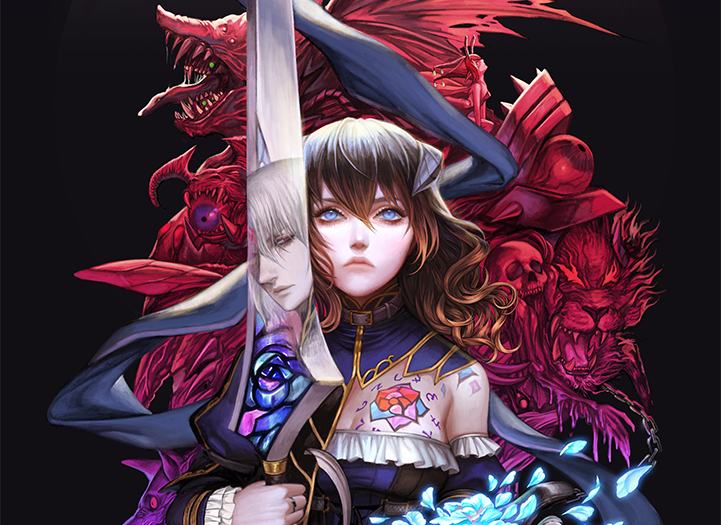 If you’re playing on any current platform besides Switch, you can pick up Bloodstained today. Nintendo fans will have to wait a bit longer.

Remember Castlevania: Symphony of the Night? Bloodstained: Ritual of the Night is made by the same designer, Koji Igarashi. You might have played the original 8bit-like prequel game for it a while back, and wondered if it was still coming.

The long and the short of it, is that Igarashi heard the criticisms for Ritual from the preview materials. People didn’t dig it. So he did something that isn’t really done a whole hell of a lot – he listened and overhauled almost everything. The result is what looks like it might be one of the best Metroidvanias of all time.

Set in 18th century England, where a paranormal force has summoned a demon-infested castle, revealing crystal shards infused with tremendous magical power, players of Bloodstained take on the role of Miriam, an orphan scarred by an alchemist curse which slowly crystallizes her body, enabling her to use spells, weapons, special items and abilities to tailor the game to their playstyle. To save humanity and herself, Miriam must fight through the castle while collecting, crafting and unlocking a vast array of weapons, equipment and loot to defeat the summoner Gebel and the countless minions and bosses of hell that await.

And those 13 post-launch free DLC packs are gonna be loaded. 505 Games says to expect them to add in “Online and Local Co-op and VS. mode, Roguelike mode, Boss Rush, Chaos mode and Nightmare Difficulty”. On top of all that, there are those hidden characters to discover. And I assume Shovel Knight is in with those, as insane as that is.

The game is out right now, digitally and physically, for the PS4, Xbox One, and PC. Nintendo Switch gamers will have to hang on a bit, but only till next week.

Jason's been knee deep in videogames since he was but a lad. Cutting his teeth on the pixely glory that was the Atari 2600, he's been hack'n'slashing and shoot'em'uping ever since. Mainly an FPS and action guy, Jason enjoys the occasional well crafted title from every genre.
@jason_tas
Previous Penny Arcade’s new D&D sourcebook launches
Next Marvel’s Acts of Evil to wrap this September