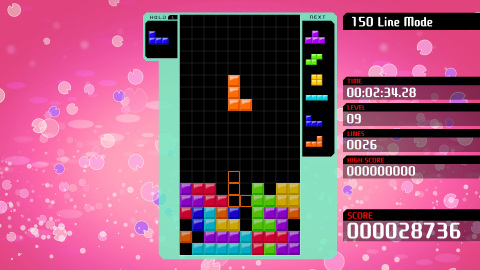 A free inclusion with the Nintendo Switch’s online subscription service, Tetris 99 just expanded significantly. But of course, there’s a price.

There’s no denying that Tetris 99 is pretty great. Not only was the game free for subscribers to the Switch’s online plan, but it was incredibly well made. And of course it was just as addictive as any other version of the long running puzzle series.

Now Nintendo is expanding the game though, and it sounds even better. A new downloadable content offering called Big Block is set to grow Tetris 99’s options by 1. Well, 2 if you want to get technical.

Not only will gamers be able to play against 98 others in a battle for supremacy, but now they’ll be able to do so against CPU controlled opponents. Even better, classic marathon mode is back.

This offline modes of play though, come at a price. Gamers will have to pony up for the $9.99 USD fee to actually buy the DLC pack. Not that ten bucks is that bad anyway, but it’s actually better than you might think. Big Block buyers will also get access to future stuff under the same purchase.

Nintendo says more is in store for the game. They’re just not quite ready to talk about what’s on the horizon yet. So stay tuned.

One more note worth talking about is that Big Block sort of erases the exclusivity that Tetris 99 had as a subscription bonus. Anyone who owns a Switch can buy the DLC, which will give them access to the offline modes. So if you’re a Tetris fan who’s been avoiding the Switch’s subscription, this is your ticket. The only thing you won’t be able to do is play online.

Jason's been knee deep in videogames since he was but a lad. Cutting his teeth on the pixely glory that was the Atari 2600, he's been hack'n'slashing and shoot'em'uping ever since. Mainly an FPS and action guy, Jason enjoys the occasional well crafted title from every genre.
@jason_tas
Previous Medievil release date announced with new trailer
Next Standalone expansion for Warhammer 40k Inquisitor announced