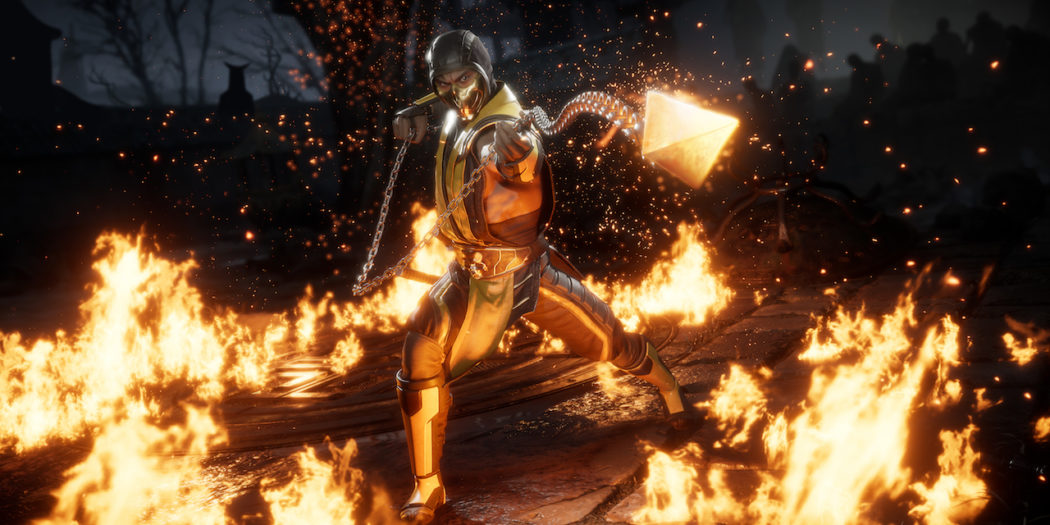 Are you a big Mortal Kombat fan? Can you still hear the music from the movie and Mortal Monday? Then you’re gonna love MK11’s launch trailer.

Techno Syndrome is a remake of the original MK tune from Dimitri Vegas and 2WEI. Hearing it again now is pretty awesome, not to mention unexpected. Then again, maybe it shouldn’t be. Mortal Kombat 11, among other things, is all about the old meeting the new.

Iconic forms of MK fighters go head to head with their MKX-ified versions in this new game. It’s a story that’s all thanks to a goddess named Kronika, the Keeper of Time.

In the trailer, Kronika, the Keeper of Time, has signaled for a new era to begin as she tries to rewind time to its beginning and restart history. In order to restore balance to the realms, players must take on the role of numerous fighters from different eras, culminating in the ultimate generational clash as current characters collide with their past selves.

NetherRealm being NetherRealm too, I’d expect to see a heavy emphasis on the story in MK11’s single player mode. And probably nods all over the place to the series’ history.

All of the above will be happening very soon too, with Mortal Kombat 11 landing on consoles and the PC on April 23rd.

Jason's been knee deep in videogames since he was but a lad. Cutting his teeth on the pixely glory that was the Atari 2600, he's been hack'n'slashing and shoot'em'uping ever since. Mainly an FPS and action guy, Jason enjoys the occasional well crafted title from every genre.
@jason_tas
Previous Classic cel-shaded shooter XIII coming back
Next 10 more Sega Genesis/Mega Drive mini games announced