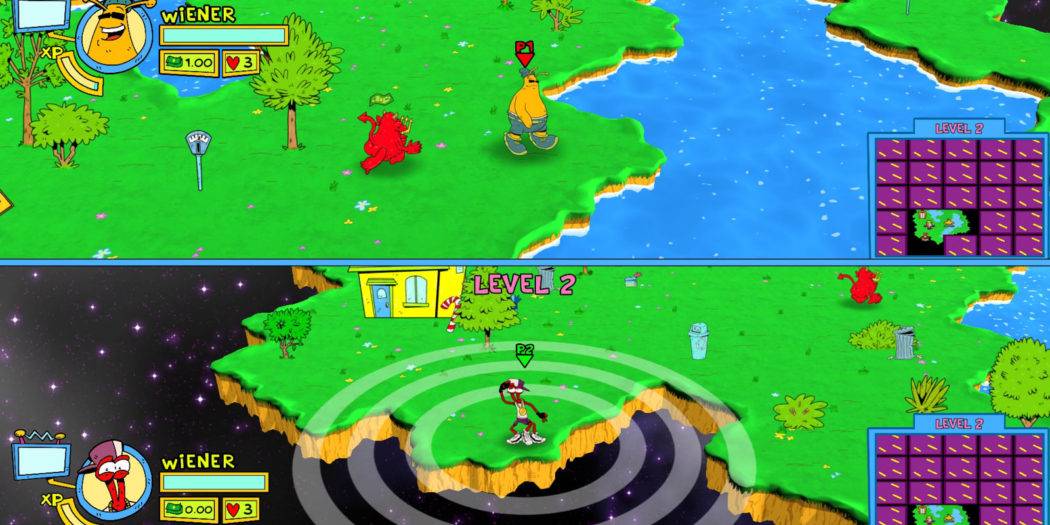 Actor and musician Macaulay Culkin is joining up with developer HumaNature for the all-new Toejam & Eark: Back in the Groove. Really.

You might be a little confused by that headline. I just read through the press release and I am too, so you’d be excused. The fact remains though, Macaulay Culkin is indeed now executive producer on the new Toejam & Earl game.

How this all came to be is just as off-kilter as it sounds. The long and this short of it though, is that Culkin is a huge fan of the original Genesis games. He said so on a Reddit AMA. HumaNature apparently heard that, and here we are.

“ToeJam and Earl: Back in the Groove is a ‘90s styled blast from the past.” Said Greg Johnson, founder of Humanature Studios. “Macaulay Culkin, the star of the ‘90s classic Home Alone is an Uber Fan of the ToeJam games. He totally gets the vibe and humor of the new game, and his involvement has made the game even crazier and more fun.”

Culkin will be lending his comedy expertise to the project, as well as his understanding of the property. If you don’t know, Culkin is the head of the new Bunny Ears comedy brand. And that same brand will also be the production house of Toejam & Earl. The title will be Bunny Ears Games’ very first offering.

Says Culkin, “I’m honored to be producing the new ToeJam & Earl because it is literally my favorite video game of all time. Plus, Greg Johnson is the tits!”

Toejam & Earl: Back in the Groove will land on the Switch, PS4, Xbox One, Mac and PC in just a few days. Expect it on March 1st.

Jason's been knee deep in videogames since he was but a lad. Cutting his teeth on the pixely glory that was the Atari 2600, he's been hack'n'slashing and shoot'em'uping ever since. Mainly an FPS and action guy, Jason enjoys the occasional well crafted title from every genre.
@jason_tas
Previous Toy Fair 2019: DC Collectibles booth tour
Next Marvel says everyone is a target in August