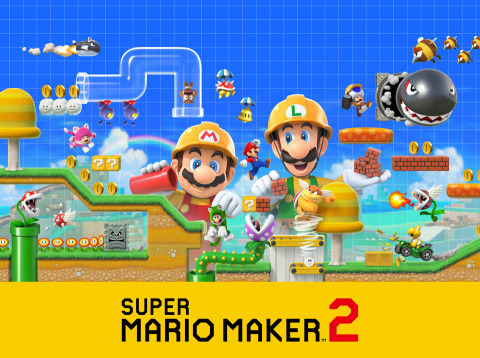 The Wii U and 3DS ‘make your own game’-game gets a sequel. Super Mario Maker 2 is coming to Switch this June.

One of the coolest things Nintendo has ever done, Super Mario Maker was a revelation. The title allowed gamers to actually make their own Super Mario courses, across four different eras. It was also one of the last big games to hit the Switch from Nintendo.

Now Nintendo has announced an official sequel to the game, with Super Mario Maker 2. According to Nintendo, the new game will have much of what you remember from the previous offering.

While there isn’t a ton of info yet, screens shown so far include the Cat suit from 3D World, as well as monstrous Bullet Bills that fly high at the player. Click here to visit the official Nintendo page for the game, and check out the shots.

So far, the publisher has a June launch targeted for Super Mario Maker 2, perfect to whiling away the summer hours.

Jason's been knee deep in videogames since he was but a lad. Cutting his teeth on the pixely glory that was the Atari 2600, he's been hack'n'slashing and shoot'em'uping ever since. Mainly an FPS and action guy, Jason enjoys the occasional well crafted title from every genre.
@jason_tas
Previous Episode 57: Crash Team Racing is Bad
Next Nintendo Direct: January’s February Direct Outlines 2019