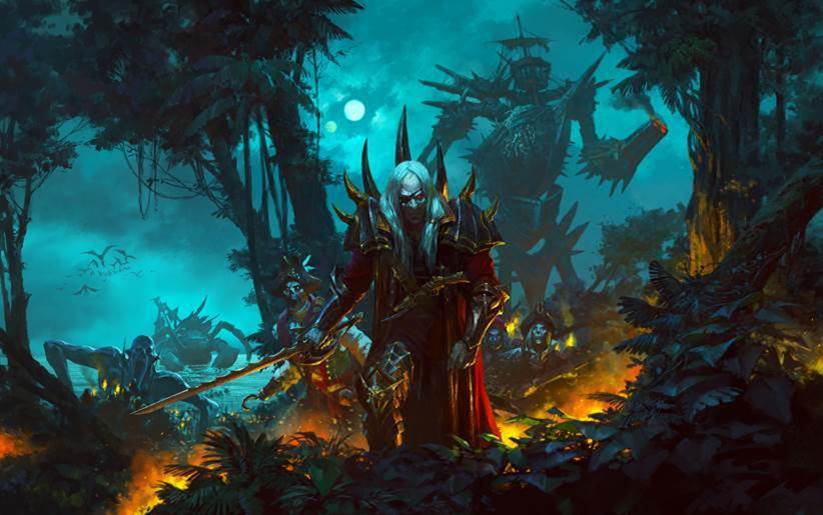 Vampires, zombie pirates, and giant… crab monsters? You’ll find all of that in Curse of the Vampire Coast for Total War: Warhammer 2.

How’s that for some cool stuff? You might’ve noticed that Curse of the Vampire Coast expansion for Total War: Warhammer 2 has a vampire pirate captain. He’s not alone though, as there are three more joining Sega’s latest Warhammer RTS.

As you also might’ve noticed, the game’s got undead galore, and tons of other new stuff. And yes, that includes that “merwyrm” leviathan you see at the end of the trailer.

Playable in both the Eye of the Vortex and Mortal Empire campaigns, the Curse of the Vampire Coast introduces four Legendary Pirate Lords to Total War: WARHAMMER II, each hell-bent on becoming the very paragon of infamy! With hordes of musket-wielding zombie deckhands, horrific maritime monsters and ghoulish revenants, a new Lore of Magic, pirate-style campaign mechanics and unique new methods of customization, players have an armoury of new tools to command. All within a heavily themed campaign experience culminating in a spectacular endgame battle.

The erratic power of the Great Vortex has awoken Amanar, a vast and ancient Merwyrm. It terrorises the Vampire Coast, attacking ports on a whim and summoning colossal sea-storms in its wake. Each of the Legendary Lords seeks not to harness the power of the Vortex, but to locate and empower the fabled Star-Metal Harpoon – the only weapon capable of bending the beast to their will, and securing their reputation as the most infamous pirate lord on the high seas!

The pack is set to arrive for the game tomorrow (November 8th). It’ll normally cost you $18.99 USD to add it onto your copy of the base game, but it’s actually on sale right now. You can grab a copy on Steam for 10% off the price. Not too shabby matey.

Jason's been knee deep in videogames since he was but a lad. Cutting his teeth on the pixely glory that was the Atari 2600, he's been hack'n'slashing and shoot'em'uping ever since. Mainly an FPS and action guy, Jason enjoys the occasional well crafted title from every genre.
@jason_tas
Previous Gris coming to the Nintendo Switch next month
Next DC Universe kicking off Holiday merchandise sale