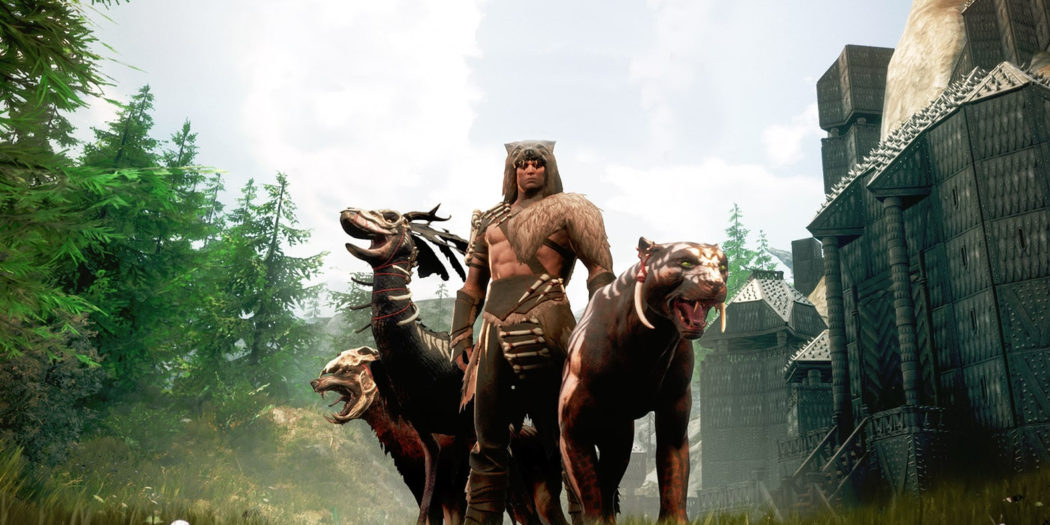 Lots of new stuff hits for Conan Exiles with the biggest updates since the game launched. Expect pets, a new god, and lots more.

Conan Exiles has been something of a hit for consoles and the PC since it officially launched earlier this year. If you’re thinking it was an older game than that, you’re technically correct since it was in early access for some time. But I digress because what we’re talking about today is the biggest and most substantive set of updates since Conan Exiles left that early access period.

A total of two packs have hit for the game this week, one paid and one free. And actually, the freebie seems way more interesting. The pack intros a new dungeon to play through with the Midnight Grove, a new religion (and god), and… taming and pets. That last part in particular is a major gameplay change, and one that should add in quite a bit of fresh playability.

“Pets and taming are important new additions to the gameplay in Conan Exiles,” says Creative Director Joel Bylos. “This is something players have been asking for and we are very excited to finally be able to bring it to them. First you must head out into the world and either find an animal egg or a baby, put them in your animal pen, and then make sure you feed them properly. Once grown up they can become trusty companions in battle or even useful in production of materials. From tigers to rhinos – there are many different pets to tame and if you feed them right they might even turn into a rare version of that animal.”

About that paid DLC

As I mentioned, there’s also some new downloadable content that is paid. While it’s not as cool (IMO) as the free stuff, it’s still worth a look if you play Conan Exiles. Called the Savage Frontier Pack, the offering will include “more pet skins, new equipment, and new building pieces”.  So it sounds like it’ll work hand in hand with the free stuff.

Jason's been knee deep in videogames since he was but a lad. Cutting his teeth on the pixely glory that was the Atari 2600, he's been hack'n'slashing and shoot'em'uping ever since. Mainly an FPS and action guy, Jason enjoys the occasional well crafted title from every genre.
@jason_tas
Previous Nintendo Download: The World Downloads with You
Next Marvel slowly reveals its new Guardians of the Galaxy team