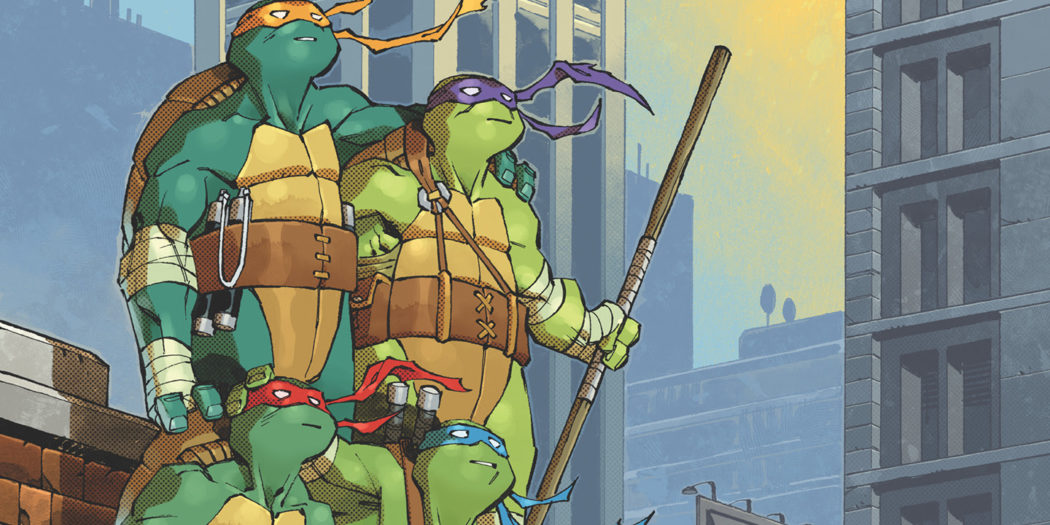 IDW has some very cool things planned for the near future, with some big properties being tabbed. One of the coolest is a Ninja Turtles event that plays off of a classic Mirage tale.

IDW had some interesting things on hand for Comic Con this past week. Those included some big event stuff that hadn’t been talked about previously. Honestly too, some of it sounds really cool. The company actually turns 20 years old this year as well, and so there’s a celebration being planned.

A few key titles will be showcasing some major changes in January, which will all take place 20 years in the future. Sort of. In some cases it’s a bit of a more complex time-twist. 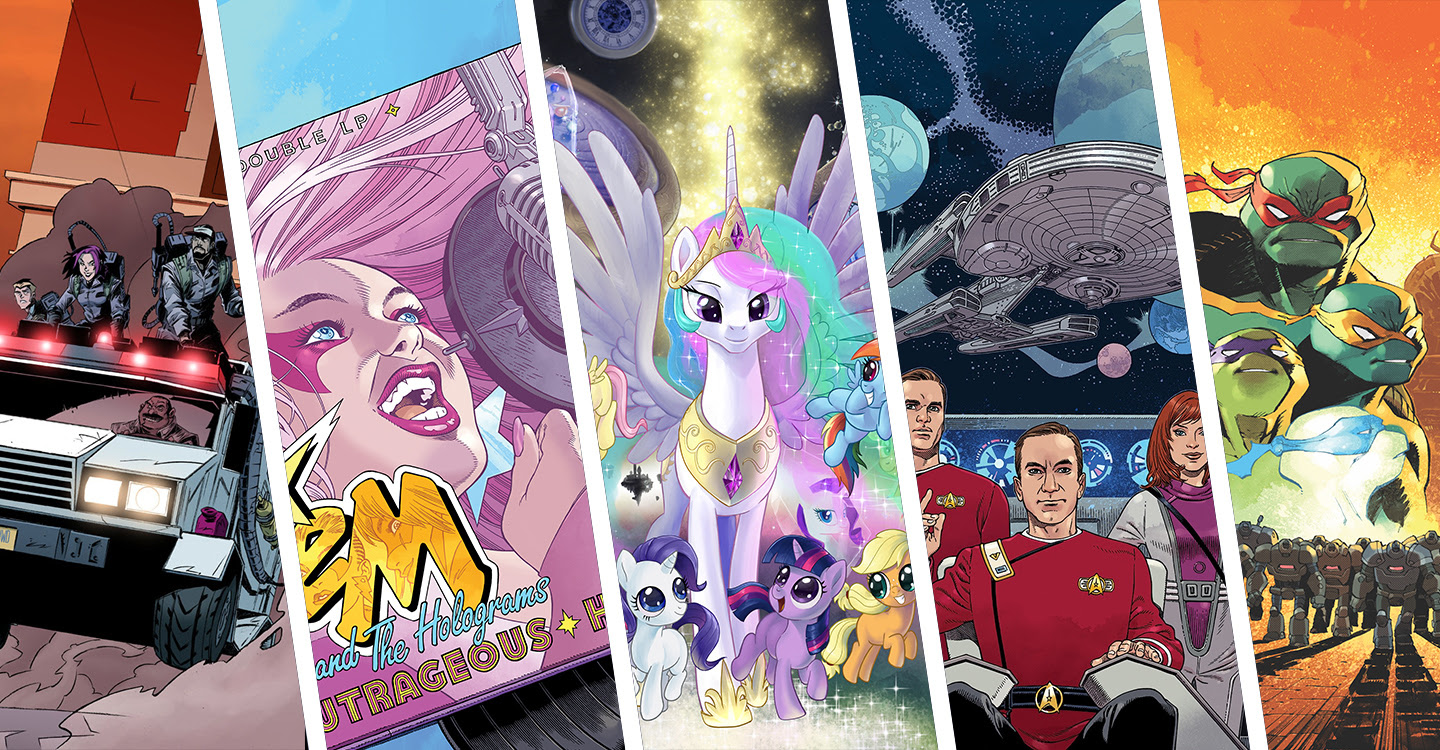 In January 2019, the weekly IDW 20/20 event explores Ghostbusters, Jem and the Holograms, My Little Pony, Star TrekTM, and Teenage Mutant Ninja Turtles, revealing startling revelations of fan-favorite characters from 20 years into the future — or past!

“A special anniversary like this is an excellent chance to celebrate our achievements – and even more importantly, look to the future,” says Greg Goldstein, IDW’s President and Publisher. “We’re fortunate to have great partners and creators, to share in the celebration — and to have these five sets of characters that have helped place IDW at the center of the pop culture universe!” FULL STORY.

Click the link to get a more detailed look at what’s coming.

So what else is coming?

Aside from 20/20, there’s also a whole mess of event books on the way. And yes, that includes the stuff that I tagged in the opening. I’m really excited for the TMNT and Star Trek books personally. And that GI Joe project does sound intriguing.

Notable by it’s absence, by the way, is Transformers. IDW is bringing its Cybertronian sage to a close with the Unicron arc right now, but it’s unclear what’s happening next. Is the Transformers U getting a reboot? Is it changing publishers? That’s unlikely since Hasbro likes to keep all of its properties at the same coin publisher, but its strange not to see it here. 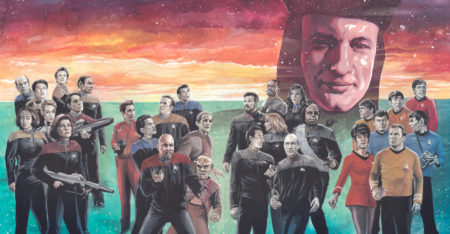 Star Trek: The Original Series, The Next Generation, Deep Space Nine, and VoyagerCollide for the First Time in Star Trek: The Q Conflict

The beloved crews of four Star Trek™ incarnations will be pitted against one another in IDW’s mind-blowing miniseries, Star Trek: The Q Conflict. Debuting in January, this epic six-part event features the writing team of Scottand David Tipton (Star Trek: The Next Generation – Mirror Broken) and art by David Messina (Star Trek: Countdown).

“This is the biggest Star Trek series ever, spanning starships, centuries, and galaxies!” says co-writer Scott Tipton. “All of Starfleet’s most legendary officers join together for the first time against some of the greatest threats they’ve ever faced!” FULL STORY. 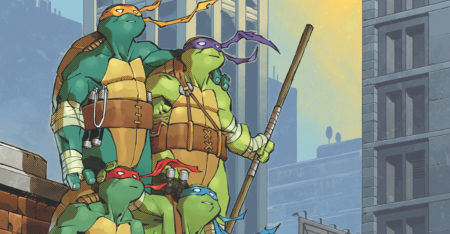 “City at War, which echoes the famous TMNTstoryline from the Mirage Publishing days, is our epic tale leading to our oversized issue #100,” says Group Editor Bobby Curnow. “This storyline will be the culmination of all the story points we’ve laid since issue #51, and in many ways, since the very beginning of our saga.”

New York City will be plunged chaos as four factions wrestle for control. At the center of it all, the Turtles face difficult decisions on how to be true to their individual selves and morals, while still keeping their family together against insurmountable odds.

IDW announced at NYCC that Sonic The Hedgehog #13 will be an extra-length issue to bring readers up to speed leading into their second year of publishing. “Year two is going to be huge for Sonic,” says editor David Mariotte. “We are upping the stakes with more villains, more adventures, and a new threat that’ll loom over the whole 2019 calendar!”

To start, Sonic takes a break after the momentous Battle of Angel Island. When Tails receives a mysterious tip that a friend has disappeared, he and Sonic race off into a brand-new adventure that’ll put them face-to-face and nose-to-nose with some old foes! 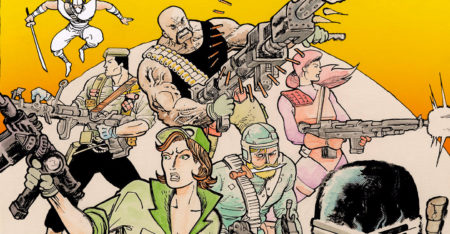 “I wanted to give all of my favorite players a chance to shine in their own unique ways,” says Michel Fiffe. “By creating the entire package, I tap into the personalized core of this classic cast: love and loss, combat and cunning, cheap laughs and high stakes.” FULL STORY.

Writer David Barnett and artist Martin Simmonds return with an all-new five-issue series, immediately following the events of Teenage Kicks! “I tried everything to prevent another riotous, three-chord apocalypse — sword, guitar, telepathy, and even the trusty old red pen failed to stop them. They are back!” says editor Shelly Bond.

As Barnett reveals, “In Punks Not Dead: London Calling, Fergie and Sid will take the anarchy bandwagon to the capitol in search of one errant father and find one city-sized glue-bag overflowing with monsters, mayhem and millennial angst!” FULL STORY.

Belzebubs is a “true kult mockumentary” focusing on the everyday challenges of family life: raising kids, running a small business, and making time for worship. Except the kids are named Lilith and Leviathan, the business is a black-metal band, and the worship… isn’t exactly aimed upstairs. FULL STORY. 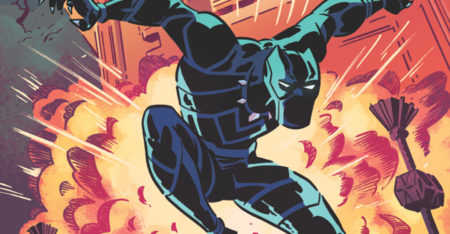 Lose yourself in the technologically advanced African nation of Wakanda and the adventures of its monarch, the Black Panther! Responsible for defending his people and the world from threats, T’Challa gets plenty of help (and playful sibling sass) from his genius sister Shuri. The latest entry in IDW’s ongoing program of Marvel comics aimed at middle-grade readers!

Red Panda & Moon Bear are the defenders of their community! Together, these brave siblings rescue lost cats, scold bullies, and solve mysteries… but lately, those mysteries have been extra mysterious. It’ll take all their imagination and new friends to handle the spooks, supervillains, alien invaders, and time warps driving their whole world crazy! 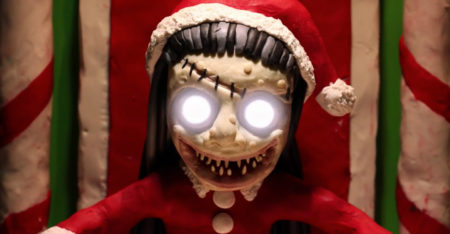 To celebrate the Halloween release of The Beauty of Horror: Ghosts of Christmascoloring book, bestselling creator Alan Roberthas teamed up with visionary animator Trent Shy to produce a must-see, Claymation massacre set in The North Pole.

“Trent and I are both huge horror fans and love practical gore effects,” says Robert. “Trent’s ability to take my 2D drawings and adapt them into the 3D space is truly mind-blowing. He really put his own creative stamp on it and created something visually stunning. It’s like an R-rated homage to A Nightmare Before Christmas.” FULL VIDEO.

Jason's been knee deep in videogames since he was but a lad. Cutting his teeth on the pixely glory that was the Atari 2600, he's been hack'n'slashing and shoot'em'uping ever since. Mainly an FPS and action guy, Jason enjoys the occasional well crafted title from every genre.
@jason_tas
Previous Hellblade to get physical console edition, hitting this Holiday
Next Get ready to step onto Pandora, Borderlands 2 is getting a PSVR edition