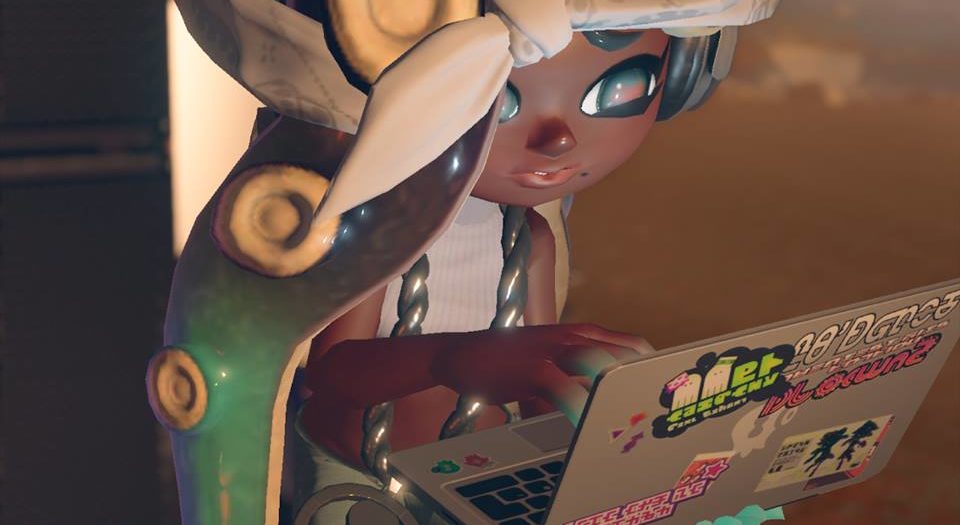 The Octo Expansion for Splatoon 2 refines the design and mechanics into perfect little microcosms. Our hands-on.

Splatoon 2’s single-player stages left a little to be desired. A more cohesive story, more varied challenges, and a greater sense of place all would have contributed to a stronger game. It had its moments- the boss battles in particular- but I found I had to really force myself to get through it, when the alternative was Splatoon 2’s fantastic (and ever-growing) multiplayer suite.

Splatoon 2’s Octo Expansion has an advantage. I’m not playing Splatoon 2’s multiplayer as much, nor with as much fervor as I was in the game’s first year, which makes it much easier to devote that time to the new single-player, story-focused content. 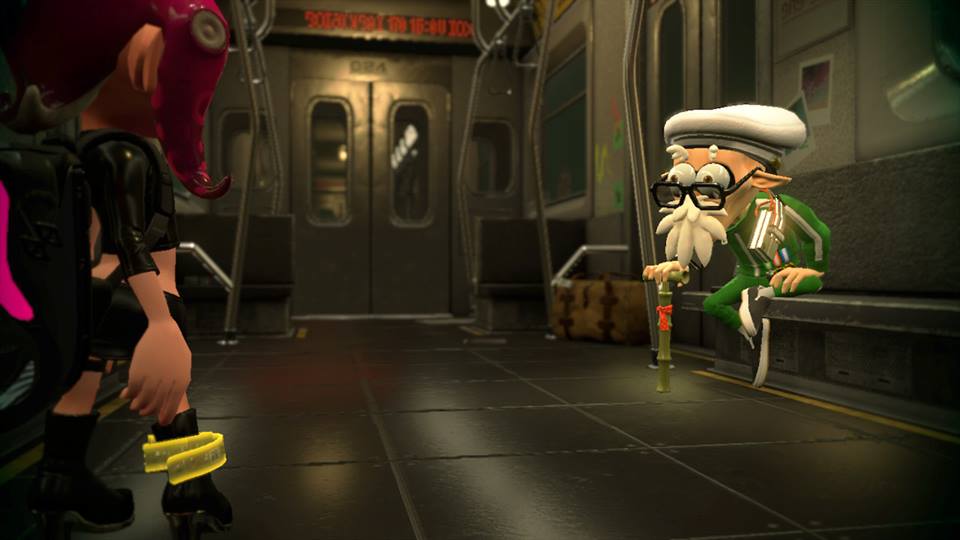 The eighty stages (a fraction of which are actually necessary to beat to obtain the coveted Octoling multiplayer skin) run the gamut from super easy (but still imaginative), to forehead-vein-popping difficult. And probably imaginative. I don’t know. I’ll let you know once that vein has sunk back into place.

The game toys with the mechanics in a way that Splatoon 2’s regular content probably should have. They’re like Shrines from The Legend of Zelda: Breath of the Wild. Some are combat gauntlets. Some make you push an eight ball to a goal. Some require you to hit targets, or play through a one versus four match of Rainmaker. Some let you use only a secondary weapon. Others take all of your weapons away. Some will give you a very limited timer and a clear goal. A couple give you ink that can’t be refilled without a pick-up. They get absolutely zany. And some of them get wildly difficult. 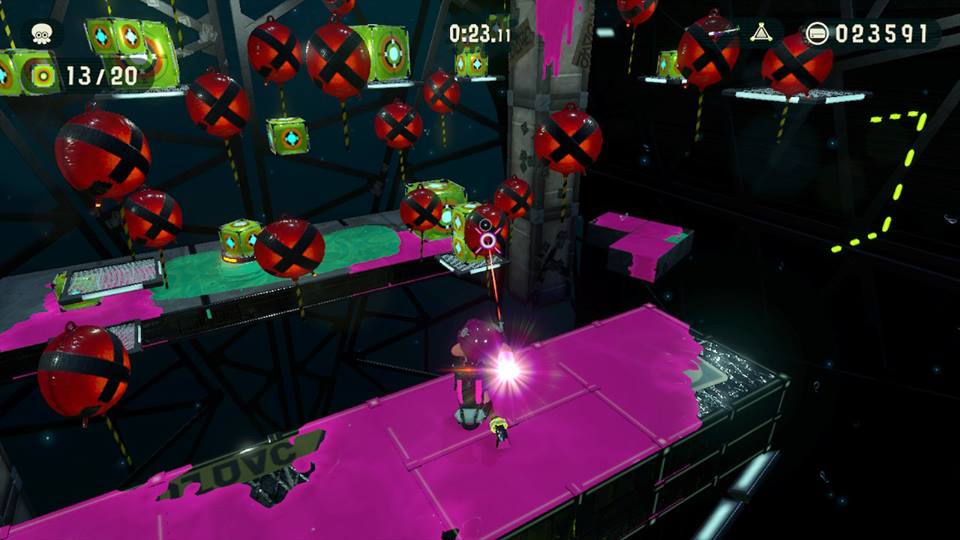 More than the main game, the stages here actually felt like they were preparing you to use weapons in the main game. Stages that recommended the umbrella (such as one where you can’t get hit by enemy fire or else you’ll lose) really require you to think about when to bring it up, where to fire it, and how to stick to your mobile shield even after you’ve sent it sliding through the enemy line. You learn the extent of the gun’s range, even when lobbing shots over cover.  There are two stages that require you to use the relatively new Squeezer’s precision to carve stacks of boxes into a specific shape. Charger stages hone your technique on moving targets, but also put you into the tense sniper vs. sniper face-offs that are a highlight of multiplayer matches. Some of the supers are given their due as well. Several levels give you an infinite Inkjet timer, forcing you to fly through a gauntlet of obstacles. You’re required (and taught) to both drop down into your squid form and propel yourself upwards, two techniques inkjets rarely use in basic online matches, but two that make them much harder targets for long-range guns. 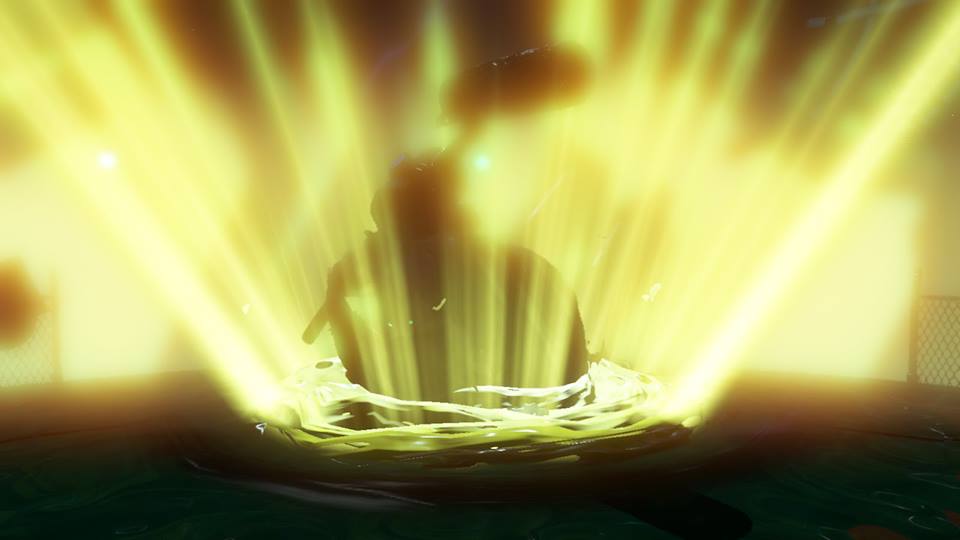 Once again, the boss battles are definitely a highlight. Four of them from the main game are remixed here. Two of them are simply made to be harder by more vicious attacks and circumstances. The other two (the best of them) completely renew the fight by sticking you in a permanent hamsterball or inkjet. A couple new fights will test your one on one acrobatics, but are hindered by forcing you into a specific weapon. You won’t be able to bring your Splat Charger skills to bear in those.

The final set of missions, separate from the 80 subway stations, are the other best part of the expansion- all the skills you’ll acquire will lead to this multi-tiered, end-game climb towards Inkopolis, which features demanding platforming, stealth, and combat arenas.

The 80 stages won’t have you searching for scrolls or other collectibles. I found those objects greatly slowed down the original’s pacing- I’d stop at every jump pad, turn back, and scour the inches of the stage I was about to leave every time. But in the Octo Expansion, you’re allowed to focus exclusively on the challenge at hand. Which is good, because you’ll need to.  That said, there are sets of power eggs in hard to reach places, but I found their reward to be insignificant and never worth the risk. 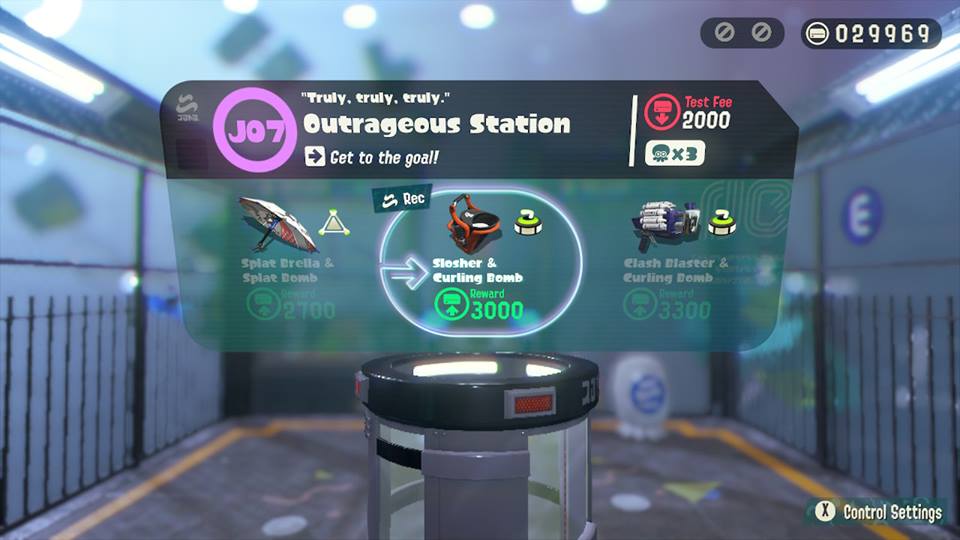 Unfortunately, there is an overly punitive payment system, wherein you must relinquish power eggs in order to play a stage. Fail more than the allotted number of times (which, on occasion, could be as low as one), and you’ll have to pay the fee again.  On most stages, they’re easily affordable. Their purpose seems only to frustrate, to make each death more of a pain than it needs to be.  However, on the more expensive, and generally more difficult stages, those costs can become rather exorbitant. As I approached the hardest stages first, I watched as my tries dwindled rapidly in count.  Ultimately, these costs never actually restricted which stages I played. My power egg count never prevented me from affording the latest challenge. But they did prevent me from experimenting and chasing those out-of-the-way power eggs, and contributed to that forehead-vein workout.

A reminder to game developers: having to redo content is punishing enough. 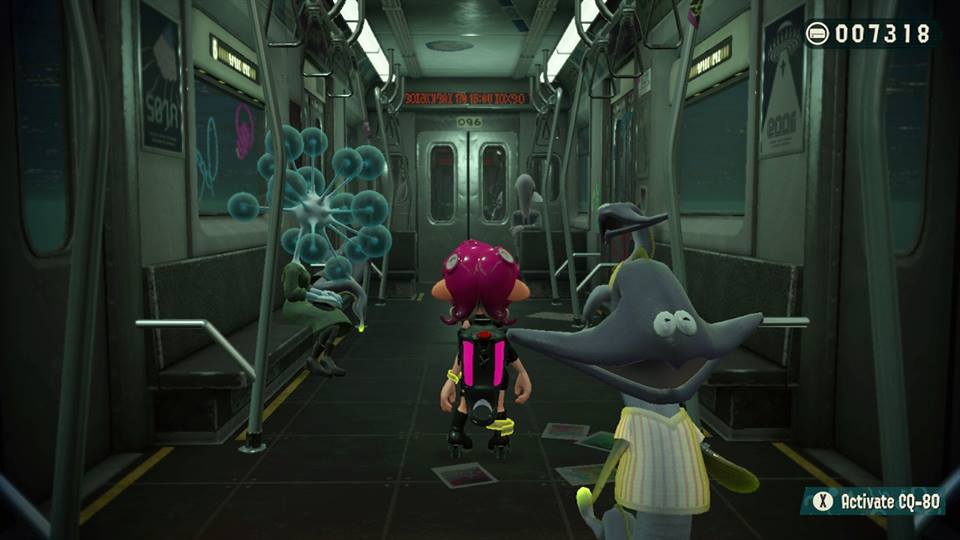 Splatoon 2’s Octo Expansion has a much greater sense of place than the original Splatoon 2 campaign. While there are no sea scrolls to advance the lore, they are replaced by a greater sense of story-telling in the main procession of things. Chat logs build out Pearl and Marina’s relationship. Story scenes push you through some twisted places (they’re less rare than in the main game). Just walking through the subway between missions helps you feel more present in the world, with other passengers crowding the seats, fiddling with cell phones, reading books, or just relaxing. The ultimate goal, to make it to the surface, aligns neatly with the player’s own ultimate goal (to play as the octoling in Multiplayer), helping to cement your place in the narrative.

All around, Splatoon 2’s Octo Expansion is a great improvement on the main game’s campaign. It expands on the game’s core mechanics with a joyful imagination, and expands the world and story of the game in intriguing ways. The Octo Expansion is available now, and costs $19.99 on the Nintendo eShop.

Brutal Gamer's Nintendo Editor began his gaming life a little late- at five years old. But he's made up for it in the two decades since, gaming and writing about gaming with the same passion, fervor, and unrelenting love as his five-year old self.
Previous Britannia: Lost Eagles of Rome #2 (Comics) Preview
Next Dark Horse Comics launches direct to consumer division