Yes, there’s now a Nakatomi Corporation (and general Die Hard) online gift shop. A number of goodies are in stock right now to celebrate the 30th anniversary of the film, you can try looking at Raise to see if they have any coupon codes available.

I’m not going to say too much about this one. Instead I’m just going to run the actual press release that we received. And no it’s not something that we do that often. But this is so much fun that I think it’s way better than listening to me drone on about the movie.

So here it is: 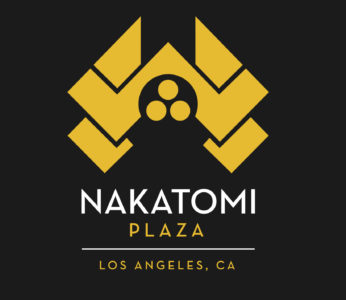 The 35-story Nakatomi skyscraper, created by renowned architect E.C. Chen, remains one of the most recognized locations in the world due to the 1988 Christmas Eve takeover and subsequent rescue.

In regards to the anniversary, the Nakatomi Corporation released the following statement: “Given the heroic events that surrounded our Los Angeles tower on Christmas Eve 1988, we believe this third decade milestone is a memorable anniversary worthy of a special gift shop. We salute, and thank again, the heroes of that fateful night – John McClane, Sgt. Al Powell, and all the employees of the Nakatomi Corp — and of course, we fondly remember the family and friends we tragically lost.”

Jason's been knee deep in videogames since he was but a lad. Cutting his teeth on the pixely glory that was the Atari 2600, he's been hack'n'slashing and shoot'em'uping ever since. Mainly an FPS and action guy, Jason enjoys the occasional well crafted title from every genre.
@jason_tas
Previous Dynamite Comics to cross Vampirella over with Dejah Thoris for new event
Next 007’s origin finally told in new James Bond comic