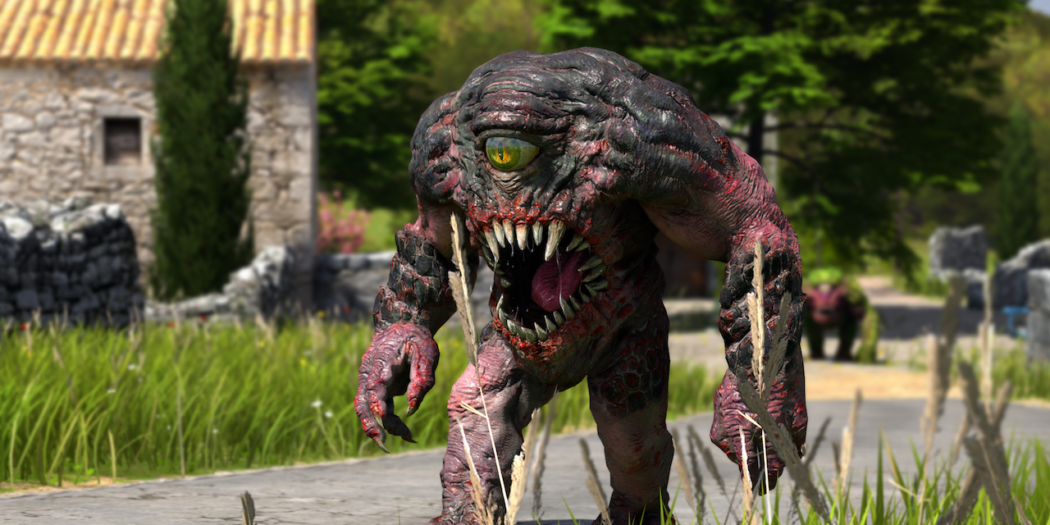 There’s a fresh Serious Sam coming up, and it’ll be traveling all the way to Planet Badass. Expect vehicles, companion characters, and lots of big guns.

It’s been a while, but Serious Sam is back. And if today’s press release is anything to be believed then he’s back in a very big way. Developer Croteam is prepping what would be the biggest Sam adventure yet with Serious Sam 4: Planet Badass.

Now don’t worry, the classic FPS gameplay is still the focus. There’ll be plenty of running and gunning. What there will also be now though, is a brand new engine running it all. And that will mean ” much, muuuuuch bigger environments with legions (no, dude, legions) of enemies you’ll have to wipe out with a variety of insane weaponry.” Sounds good.

Sam will have access to some brand new elements too, with vehicles (including a Pope-mobile) and some friends to fight alongside. Those would be “Rodriguez, Jones Hellfire and the rest of the crew.”

Croteam is promising much more about the game this week. I assume that means more details on the new stuff and maybe some story description. This one’s coming up fairly soon too, with a “later this year” release date in place for both consoles and the PC.

Jason's been knee deep in videogames since he was but a lad. Cutting his teeth on the pixely glory that was the Atari 2600, he's been hack'n'slashing and shoot'em'uping ever since. Mainly an FPS and action guy, Jason enjoys the occasional well crafted title from every genre.
@jason_tas
Previous E3 2018: Tetris Effect on PS4 and PSVR promises to be a trippy ride
Next E3 2018: Microsoft Presser