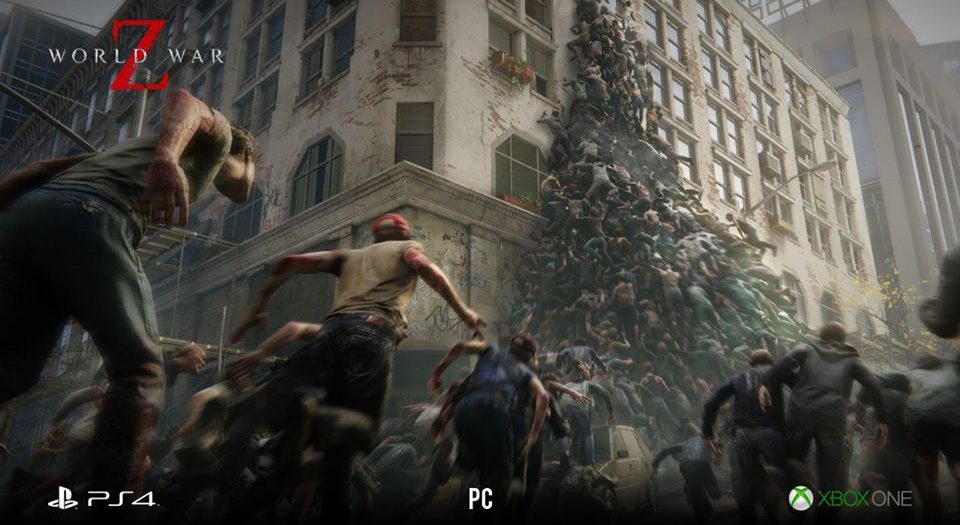 A world of zombies

Not to shabby there, Saber. As you can tell, the game is loaded with action, and plenty of hardware. Whereas most other zombie survival titles these days seem to be limiting firearms, it certainly seems as tough World War Z will be embracing them. Then again, that might be a necessity, since the WWZ universe does tend to throw armies of the undead around.

As you might have also been able to tell, you’ll have to rely on a lot more than handheld weapons to survive. WWZ will offer traps, emplaced guns, and environmental hazards as well. And you’ll have to make use of all of the above, if you want to survive the horde.

Of course, you’ll get to have three of your buddies along for the ride. Remember that this is a four player co-op title. And your chosen quartet won’t be limited to just Moscow (seen in the trailer) either. You will be able to fight in multiple cities around the world, including movie hotspots Jerusalem and New York.

Currently in development for the PS4, Xbox One, and the PC, there’s no release date just yet for World War Z. We’ll have more for you though, as it’s announced.

Jason's been knee deep in videogames since he was but a lad. Cutting his teeth on the pixely glory that was the Atari 2600, he's been hack'n'slashing and shoot'em'uping ever since. Mainly an FPS and action guy, Jason enjoys the occasional well crafted title from every genre.
@jason_tas
Previous Bandai Namco celebrates a year of Tekken 7 with free downloadables
Next Get an in-depth look at the new Bard’s Tale IV in today’s developer preview