“The Ancient Magus’ Bride” is a phenomenal opening act, setting up what could be a legendary series with a generally well paced compilation film.

The story follows Hatori Chise, a young girl who has sold herself into slavery after losing the will to live. Transported from Japan to England and then put up for auction, she is purchased by Elias Ainsworth, a wealthy recluse and one of the last mages still in existence. He informs Chise that she is now his apprentice and fiancé, and that she is of a rare breed of people known as “Sleigh Beggys,” able to attract spirits, fairies and other creatures with her immense magic potential. With his guidance, he hopes to train her to be a great and powerful mage, carrying on the dying craft and saving her from being destroyed by her own power in the process. 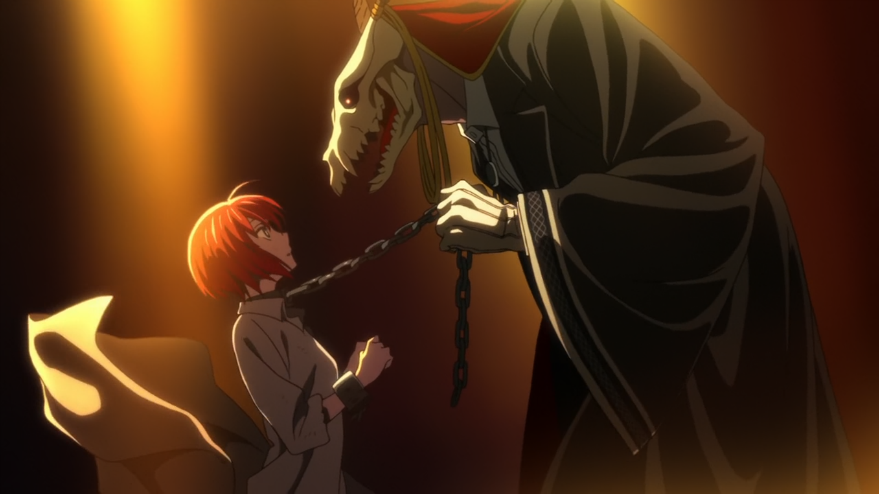 While a bit rushed at the start, the story eventually finds a nice groove, introducing concepts and rules for its world fluidly while also detailing what led Chise to her lowest point. Spectacular encounters with magical creatures like forest fairies or salamanders trigger flashbacks for Chise and her struggles with learning of their existence, further elaborated by interactions with Ainsworth and other mages. This serves as a nice balance of showing and telling, never turning into an info dump but still providing enough information through what is seen to keep the world and Chise’s story engaging.

Likewise, the interactions between the characters make the film more engrossing and charming with time. Much like in “Black Butler” or “Fullmetal Alchemist,” the movie balances serious plot points and themes with moments of screwball humor. A dive into Chise’s difficult past is balanced out with Ainsworth asking for her opinion on his human disguise; or, a visit to a shop for magic supplies turns into Ainsworth getting beaten up by a friend when she hears about how he has treated Chise since her arrival. This juxtaposition of tones keeps the story from getting too heavy, lending to the excitement and wonder the magical settings provide. 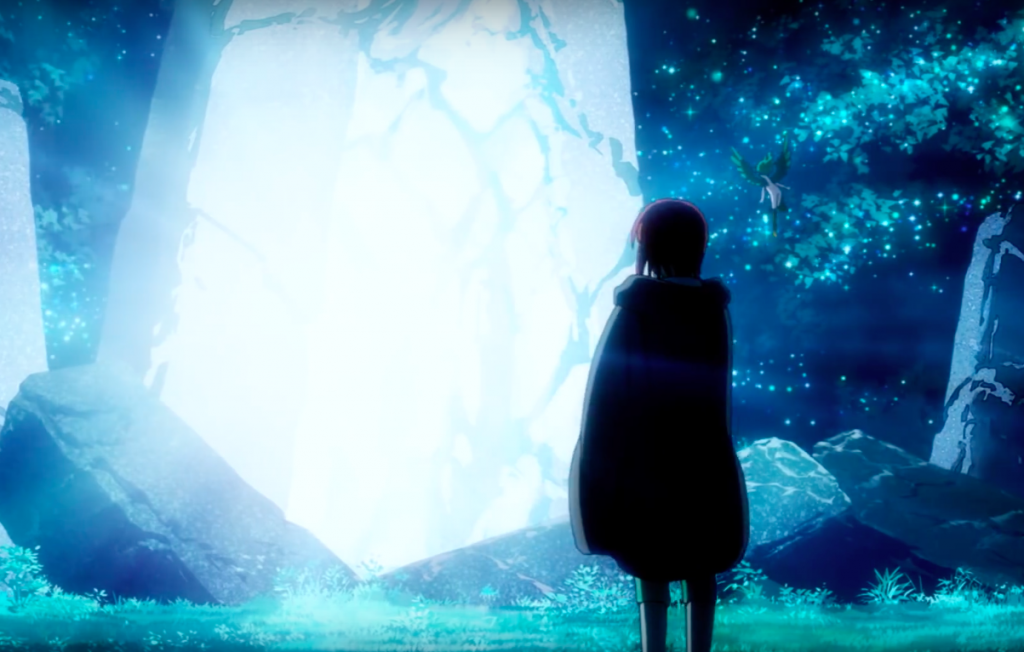 The film’s art, meanwhile, is a thing to behold. Handled by Production I.G. and WIT Studio, the movie’s world comes to life thanks to a palette of bright colors and smooth animation. Blazing phoenixes and fire sprites burst from Ainsworth fingertips, fairies flit and glide across the screen and flowers of every color sway at Chise’s feet. This hopeful and imaginative art style perfectly counter balances the darker tones used for Chise’s flashbacks, making for a world that is all the more enticing with each new creature or spell unveiled.

Character designs are just enthralling, with the detail and occult elements of traditional fantasy and rounding or softening them for a more welcoming design when the need arises. Ainsworth’s jagged skull head and glowing red eyes become rounded and cartoon like during comedy segments, draining tension from scenes that otherwise would start drowning in it.

Being a compilation of episodes from the upcoming TV series, however, it’s animation occasionally has moments that feel like they should be in a seasonal release. Screens with little to no animation start to crop up near the end, distracting from key moments instead of bolstering them. They’re never there for too long though, and the series’ art is otherwise a treat to see in motion. 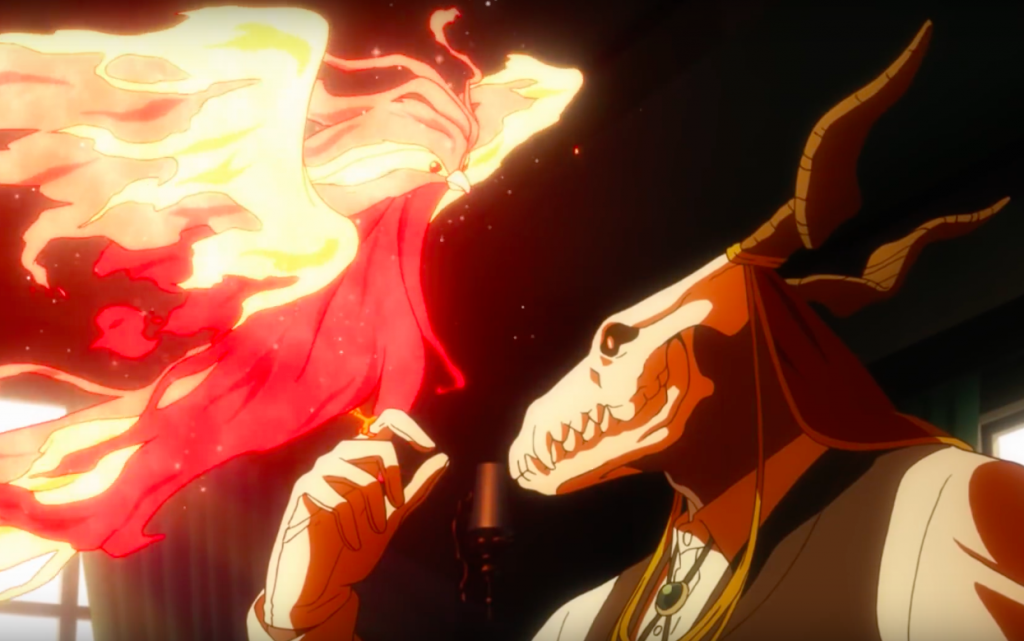 What ties the series together, though, is the sound design. Voice acting and sound effects are both strong in their own right, with great performances by Atsumi Tanezaki as Chise and Ryota Takeuchi as Ainsworth. That said, the soundtrack composed by Junichi Matsumoto is breathtaking. Careful thought and effort is put into each track, setting the mood and bolstering the art and story wondrously. Soft piano melodies underscore cityscape shots to great effect, while more intense chords ramp up action scenes to a climax.

It serves to hold together the film as a center piece, resulting in a final package that more than delivers on showing what the full series could be.

Even with some pacing and animation hiccups, “The Ancient Magus’ Bride” is a terrific introduction to the upcoming animated series, making the wait for its premiere in October that much harder.

Even with some pacing and animation hiccups, "The Ancient Magus' Bride" is a terrific introduction to the upcoming animated series, making the wait for its premiere in October that much harder.

Keenan McCall is a journalist and writer with a passion for animation. From video games to anime, anything that sets art in motion will get him talking and writing nonstop.
Previous SDCC 2017: Star Trek: Discovery trailer mines pre-TOS yet again
Next New Uncharted: The Lost Legacy gameplay trailer explores the Western Ghats