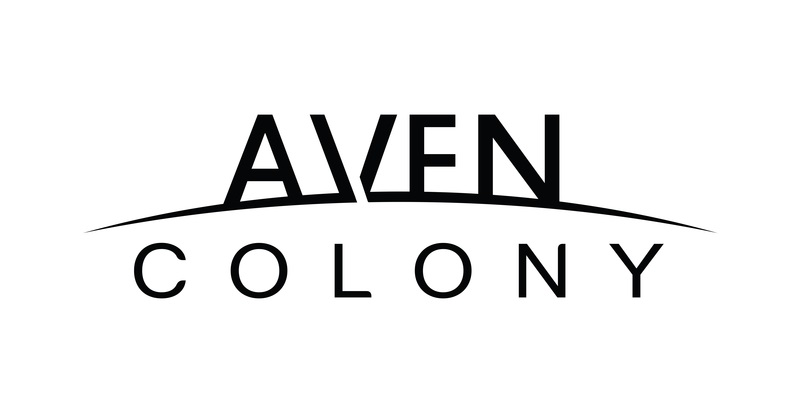 If you have ever found yourself wanting to build up colonies on a distant planet, discovering secrets from fallen civilizations and trying to discover what led to their downfall, Aven Colony might just be the game you have been looking for.

Aven Colony releases on Playstation 4, Xbox One and Steam on July 25. Is it worth the pre-order? Take a look:

Governor on a distant planet

Aven Colony takes place in the distant future. You are playing as a governor of a colony on Aven Prime, a planet selected for colonization. The planet looks to be an alien paradise. There are lush green landscapes, wide oceans and everything else you could expect from a planet chosen as the successor to Earth. 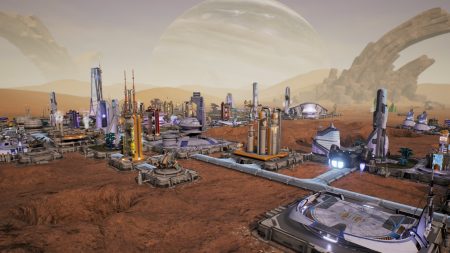 The premise is as follows: You play through a number of scenarios by building colonies on different parts of the planet. Each colony serves a specific purpose. One might serve as a mining facility, while another springs up out of necessity to house the colonists on the colony ship. These purposes exist solely for the narrative of the game though.

In other words, it doesn’t matter how you build your colonies. Once you claim victory, you move on to a new colony, and it is almost as if the old colonies either don’t exist, or follow the game’s plan instead of your own design.

This might seem like a problem, but the actual city building is rewarding enough that I didn’t mind having old colonies matching the game’s design rather than mine.

Each scenario has the player building certain types of structures for specific ends, all the while teaching the player in a way that is neither intrusive or bordering on hand holding. Players receive missions which, upon completion, get rewarded with materials.

It is worth mentioning that the story in Aven Colony is one that is engaging, if not overly dramatic or enthralling. The fact that the game sustains a narrative over the entire campaign is pretty cool as well.

If you don’t feel like working on specific objectives and just want to build an alien colony, you can play in sandbox mode.

This game is about building colonies, but when it comes down to it, they are cities.

You construct habitation, work, electricity sources, defense structures, food sources and much more. There are tons of structures and a large number of ways to go about specific tasks. If you need more electricity, you can build a geothermal vent, solar panels, wind turbines or mine a special mineral. Need more food? Grow a number of crops, including alien ones that you can use to make edible delicacies.

Construction is done by holding the left trigger and using a wheel to select the type of structure and the specific structure. The actual gameplay is not groundbreaking, but it works.

All this said, there are a few gripes I have with the way city construction works.

The biggest complaint I have is due to the planet not having a breathable atmosphere, the entire colony is sealed off. This makes sense thematically, but it creates a bit of tedium when it comes to managing large colonies. Air quality is one of the factors determing colonists’ happiness.

Lots of structures pollute the air, and air filters are the best way to fix the problem. Colonists hold votes every so often, deciding whether to keep you as the leader of the colony. To improve air quality , I found myself putting up lots and lots of tier three air filters. This only gets worse when you are scrolling through the colony building list searching for a specific building, and need to scroll over 50 air filters.

My other complaint is the apparent lack of recreational buildings. Similar to the air quality, keeping colonists happy with things like retail centers, virtual reality centers and restaurants plays a huge role in this game. Unfortunately, the lack of variety in these structures leaves making your colonists happy feel a bit stale.

Other monotony problems exist, such as colonists complaining about crime, the length of the commute they need to walk to get to work and the need for healthcare. Each of these are fixable if the player is decent at city building games though.

As you progress through the campaign, you get new ranks such as commissioner and commander. These don’t do anything in particular, but they do make you feel more important!

The entire aesthetic of Aven Colony is great. All of the buildings have distinct features, and the environments feel just familiar enough to place some recognition in, but not so familiar that you feel like you’re on Earth.

Certain things are only there for aesthetics, which kind of stinks. Things like the giant sand worms are only there to look cool. In none of my time with the game did I feel like I was in danger from these creatures. The voice acting is adequate, and the game looks good. Take a peek for yourself: 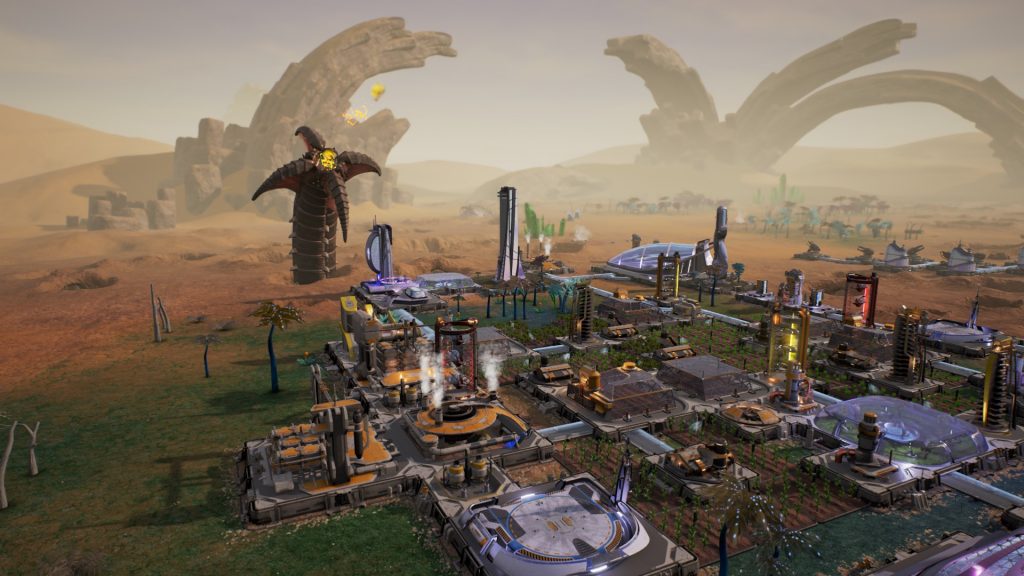 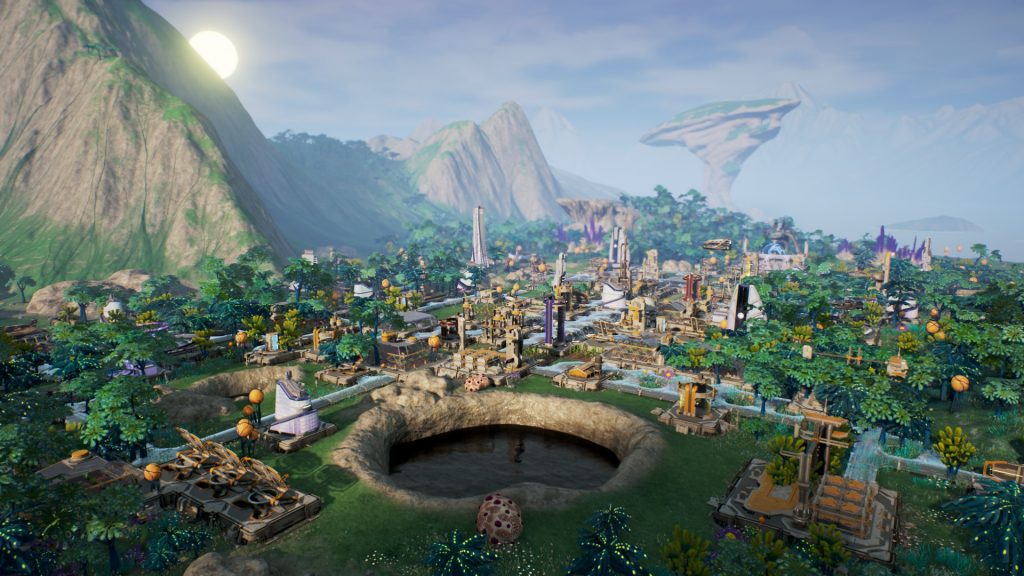 If you have been looking for a competent city builder set on a distant planet, this could be the game for you. The narrative makes the experience more than just building a city on Aven Prime. Some structures only exist for narrative purposes and don’t offer much functionality, but I am willing to overlook some of those for the fun game we ended up with.

Aven Colony allows players to build a number of colonies on an alien planet. There are moments of tedium, but they are far outweighed by the robust city building tools players have access to.

Erich was introduced to gaming by his grandfather before he could walk. Since then, he has grown up loving Nintendo and most games in general. He couples his love of videogames with journalism to cover news, provide reviews and tell it how it is in the gaming world.
Previous Bandai Namco releases Ni No Kuni 2 E3 demo walkthrough
Next Lost Sphear gets firm release date