Ever Oasis arrives on the 3DS this week, along with RPG Maker Fes. And the Switch? Get ready for another lengthy adventure with Oceanhorn.

Choose your own adventure

The headliner for this week might be Ever Oasis, but I’m looking forward to RPG Maker way more. I’ve never had the chance to really get into one of these, but it just sounds so great that it’s hard to deny the appeal.

If that’s not your bag, or if you’re just looking for something to play on the Switch, then you might dig Oceanhorn. An action/RPG originally debuting on mobile platforms, Oceanhorn has been lauded in the past. Actually, it’s apparently a lot like classic Zelda titles in execution. So Nintendo fans should feel right at home. 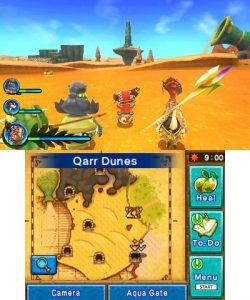 Oh, and then there’s another Neo Geo game. But you knew that. 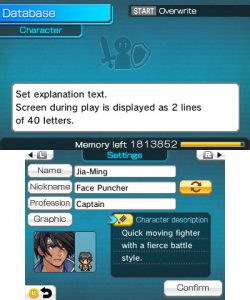 Jason's been knee deep in videogames since he was but a lad. Cutting his teeth on the pixely glory that was the Atari 2600, he's been hack'n'slashing and shoot'em'uping ever since. Mainly an FPS and action guy, Jason enjoys the occasional well crafted title from every genre.
@jason_tas
Previous Wonder Woman meets Conan in new DC/Dark Horse collaboration
Next Nintendo looking for a big year out of the 3DS