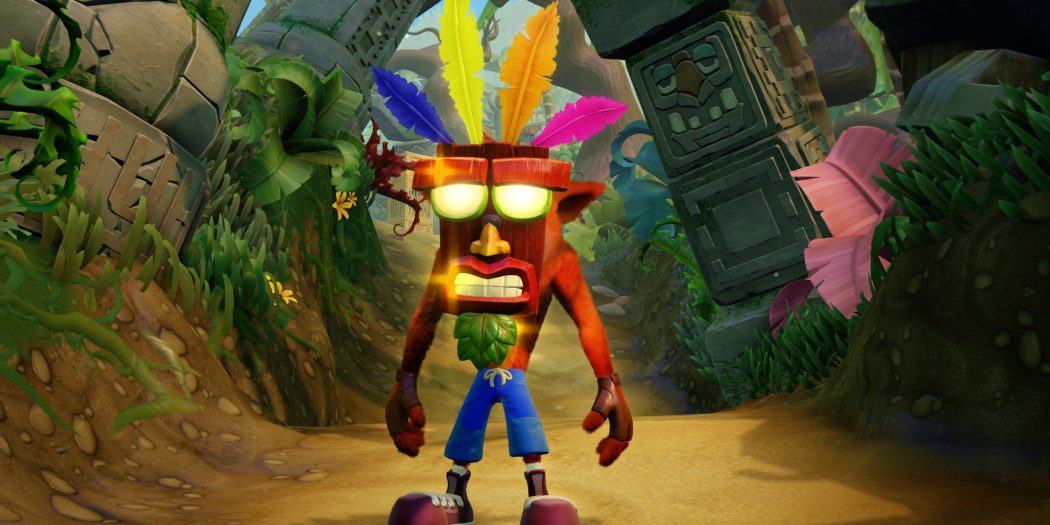 New Crash Bandicoot trailer and info spins out of Activision

Crash Bandicoot: The N. Sane Trilogy is almost here, and Activision has a new trailer, as well as some tasty new info for you.

First, check out this new trailer, showcasing a pretty nice look at that classic Crash gameplay.

Did you watch it? No seriously, did you? ‘Cause N. Sane is looking pretty freaking great, especially if you’re a longtime Crash Bandi-fan. It’s definitely got the games that you remember from the PSOne, but everything looks so great with its new coat of paint, that it feels shockingly new.

Gameplay aside though, I said there was some info of you today, and there is.

Apparently, a while ago, there was this contest. Fans got to submit their own idle animations to Activision and developer Vicarious Visions. Idle animations, by the way, are those animations that trigger when you don’t move Crash for long periods of time.

Well the winner of said competition got to have their actual design in the game, and it’s finally been revealed. Created by Simon Davidian and Kirsty Capes from the UK, the animation shows Crash and Aku Aku (the living mask) playing a little volleyball with a Wumpa Fruit. For a while. Then things go south.

And finally today, comes a question – have you pre-ordered your copy of the N. Sane Trilogy yet? No? Well maybe Activision’s little added bonuses will change your mind. For now, it looks like these are good for the PS4’s digital copy only though, so keep that in mind.

If you do pre-order, then you’ll be in for the Crash Bandicoot N. Sane Trilogy Friends Pack. That’s a bonus goody pack that includes the Bear It Dynamic Theme, and avatars of Polar and Aku Aku. Want in? Click here to be whisked away to the PSN page for the game (where you can pre-order).

As for the official release date for the triple pack, that still stands at June 30th.

Jason's been knee deep in videogames since he was but a lad. Cutting his teeth on the pixely glory that was the Atari 2600, he's been hack'n'slashing and shoot'em'uping ever since. Mainly an FPS and action guy, Jason enjoys the occasional well crafted title from every genre.
@jason_tas
Previous Wave 2 of 40th anniversary Star Wars Black figures go up for pre-order
Next The Flash I Know Who You Are S3 E20 (TV) Review