From the twisted mind of Frédérick Raynal, the original creator of Alone in the Dark, comes 2Dark, a retro-styled survival horror title.

Don’t let the unfitting corniness of the name fool you, 2Dark is anything but corny or light hearted.

The game begins on a normal family camping trip. The main character, a detective simply called Smith, takes his wife and children out to the woods as a get-away from the anxieties plaguing him at work. Unfortunately, the joy of the vacation is incredibly short lived, as, after sending his 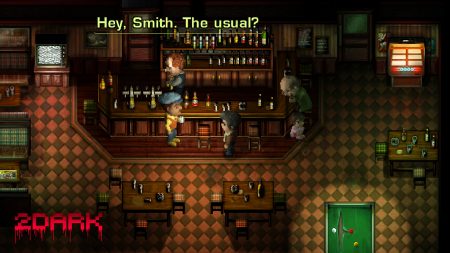 wife, accompanied by their two kids, he hears a scream coming from the woods. He races into the woods, to discover a horrific scene unfolding before his eyes. His wife, decapitated and dismembered, and his children being driven away in the back of a run down school bus; then…fade to black.

Seven years later, Smith is still distraught about the events all that time ago. He lives in Gloomywood, a dingy, disgusting hole of a city, where the sun never seems to shine (one could say it’s….2Dark). After walking around the house for a bit, and learning the combat mechanics, which I’ll get back to in a minute, Smith relaxes a bit for some television; however what he sees pulls him down into a rabbit hole which seems to stretch further and further the deeper he goes.

There are two main mechanics in 2Dark (pun not intended, I swear). One of which, is to sneak around in the shadows, making sure to stay out of the direct light; and away from the prying eyes of the enemy. Oh, the enemy you ask? Oh they’re nothing much, just an even mix of psychopaths, serial killers, child slavers, and pedophiles. And therein lies the second main mechanic. You see, every level of 2Dark sends you someplace darker, more horrific, and more abhorrent than the last, and each of these places are filled with children who have been abused in every imaginable way. Your mission, as Mr. Smith, is to sneak (or if you play like me, murder) your way past the guards, into the hidden rooms to find children stuffed into crates, chained to the walls, and crammed into metal cages…uncomfortable yet? It gets worse, but this is a family friendly website, so I’m limited as to how much I can turn your stomach.

On occasion, you’ll have to go head to head with some of the menagerie of monstrosities; this is where some of the games flaws show their true colors. You will inevitably be caught skulking around any one of the game’s levels, and in this case you’ll have to dive head first into pulse-pounding action! I’m just kidding; the combat boils down to simply clicking in rapid succession as you get more and more frustrated with the slow speed of Smith’s attacks, meanwhile the enemies seem to have to cooldown time on any of their attacks. This can account for many annoying- and unneeded- deaths.

The graphical and art style of the game revolves around a Playstation 1 style. Low resolution textures (yet detailed enough to get the disturbing bits through properly) and a fun, easy to learn, hard to master, approach to the lighting, and how to use it to your advantage, really accentuates the grisly style the game is trying to portray. Levels are dotted with small details to make the hair on the back of your neck stand up. From more obvious details like skeletons in lions cages, to smaller ones like the nail marks of a child scraping down a gas chamber wall, the game is always sure to leave a disturbed feeling in your heart, and a sick feeling in your stomach. 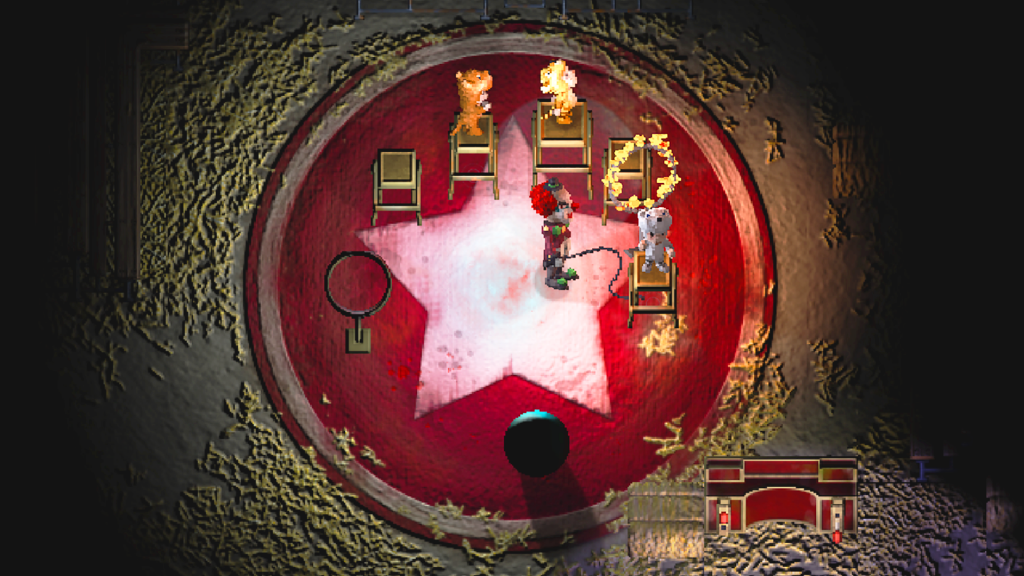 The soundtrack is a harsh smack in the face on the first screen, with a young woman humming the main theme. Once you begin playing, the music stays quiet and atmospheric, until a combat encounter begins, once it does, the music kicks into high gear, pulling no punches. I can’t say it’s catchy though; more like, it’s good while your listening, but leaves your mind as soon as you put the game away.

There were many moments throughout my time (around 13 hours) with the game, where I would be stuck between a rock and a hard place, or more aptly, a dead end and a serial killer. Moments like this were nailbiting as I would have no choice but to wait for him to either take one step further, which would bathe me in his lamp’s revealing light, or, pray he would turn around at the last second, leaving an open target for a satisfying back-stab. However, I have two problems with this as a mechanic.

The first issue I have with the steal mechanic is: Smith moves about ½ to ¾ speed while sneaking, whereas the enemies are moving at full speed at all times, as they have no reason to be tip-toeing about. This could have been a deliberate design choice to cause a touch more anxiety on the player, and make him feel pressed for time, hoping against hope that he could catch up to his prey before either a third party enters the room, or the NPC turns around for seemingly no reason…which brings me to my second problem. 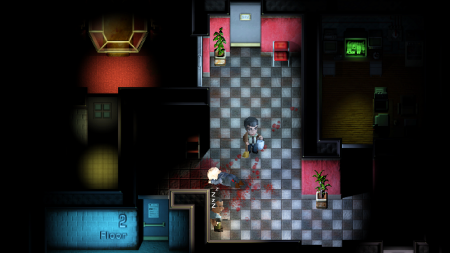 The enemies in the game seem to be programmed to act, if not randomly, then highly unpredictably. There were several times where I would be close to finishing off an unsuspecting undesirable, only to have him turn around and shoot me like a McCree at high noon. Unavoidable, and obnoxious; it’s a very easy way to get discouraged. If the semi-sporadic actions of some enemies was made to be the way that it is, purposefully, I would consider that a design flaw, as after a while, these random deaths stop being harrowing, and land in a more frustrating frame of mind.

While we are on the subject of flaws, I think we should extend our box a little bit, and talk about the shameful amount of money which was spent by the team to use Denuvo, which, if I’m being completely honest, I don’t know much about. Now, this seems to have completely cut an entire demographic of players out of the loop for some reason, but again, I know almost nothing about DRM software. My thoughts on this are, if they hadn’t gone with using a protection that so many people seem to hate, they could have spent the money on advertising instead, thus expanding the player base just that much more. A mistake they made was relying on the fame of Frederick Raynal alone; if this were someone like, say, Hideo Kojima, or Todd Howard, or Peter Molyneux, then the advertising would have come included with the name; but most people don’t know the name behind the original creator of Alone in the Dark (a sad thought really, as he truly is one of the main pioneers of the survival horror genre).

Toward the end of my time in 2Dark, I found myself really looking forward to the end; not because I didn’t enjoy the game, but man, I needed some closure. The story of detective Smith and the things he sees and does, and the things that happen to him, it all hits hard. By the end of the game, you just want to grab the person behind all this by the neck. If you buy 2Dark, for whatever reason, and you find yourself too disturbed by the content to really motivate yourself to finish the game, just know, if you play your cards right, it is a perfectly satisfying ending to Smith’s 7 year struggle.

2Dark strikes me as a sleeper hit. It is unfortunate how many minor mistakes made their way into the game, and how poorly the advertising of the game was handled, but if you decide to bite the $20 bullet, just know it’s worth every penny. I might catch some backlash for this, but I have no idea how this game made it onto Steam. It’s one thing to see an adult cut in half, or impaled on a spike, but it’s another to see that kind of thing happen to children, and those aren’t even close to the worst things you find. Child violence still strikes me as taboo in gaming culture, and for good reason; but even more taboo is child prostitution, child cannibalism, both of which (and again, things much worse) are in the game. Truly one of the few horror games which have managed to hit me just right. That’s why I think 2Dark, might be one of the best games for horror fans available right now.