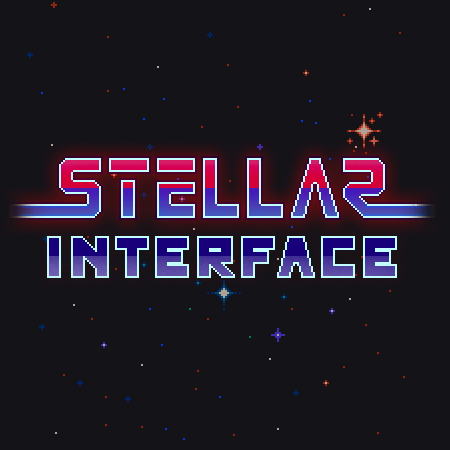 The Shmup (Shoot-Em-Up) genre is full of crazy, colorful displays, and Stellar Interface is nothing but. There’s been a lot of games in the shmup genre, and this is one of the best. Don’t believe me just because I say so, let’s take a look at what makes this game so great! 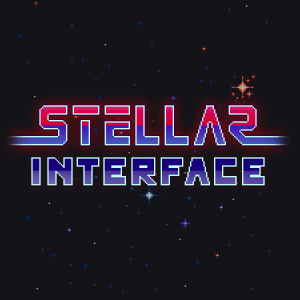 Stellar Interface actually has…well… a stellar interface.  Impeccably crafted pixel art, clean lines and organization, and the options are very clear and concise. Everything has it’s place, and I appreciate that attention to detail. I really love the UI, and developer Imagination Overflow deserves accolades for making an excellent-looking game. Their visual style really brings out the nostalgia of Raptor: Call of the Shadows but feels modern like FTL. Enemies have very distinctive looks, and the Lost Lords and Overlords are especially distinctive  and cool. I especially loved how each one is unique in both appearance and mechanics. 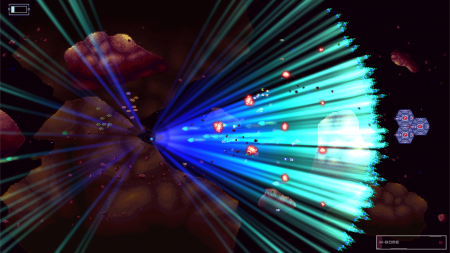 The music of Stellar Interface is very catchy, the kind of thing you’ll hear in arcades or early Apogee games. The sound effects play quickly, and dont feel harsh or grating like a lot of other similar games. Stellar Interface’s audio ties in very well with it’s visuals; I can ‘feel’ the explosions and projectile impacts. Crashing into another ship doesn’t feel as impactful as it should. I would occasionally die because crashing into another ship didn’t feel impactful (literally and figuratively). A tighter connection between the visual and the sound would fix this. It was a minor annoyance at most, and that’s pretty much the biggest problem I have with Stellar Interface.

One of the first things that caught my eye when I started Stellar Interface was the easy-to-understand Guide. It displays information in the best way possible, showing everything but introducing each elements and mechanics slowly and explaining everything in detail. I’m a sucker for a good tutorial, because I firmly believe the best way to teach a player is to encourage them and give them confidence. Roguelike games often fail at this, but Stellar Interface has done a terrific job of teaching and encouraging without hand-holding. Even the progressive nature of the levels works with this philosophy. 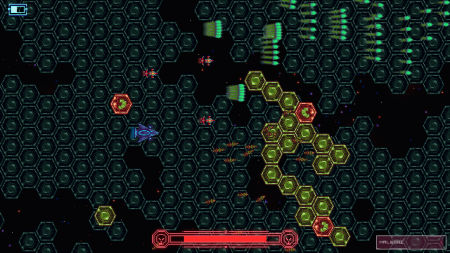 The controls in Stellar Interface feel a little floaty and imprecise. At first I thought it faulty design, but quickly realized it’s very intentional.  The feel of the controls changes drastically with each ship and upgrades available to you. Some levels seem completely innocuous from the map readout, but upon entering its 4 turrets and a ceasless barrage of asteroids coming from every direction; not impossible to survive, but very difficult early on. There’s also the Lost Lord, Overlord, and Factory levels that are mechanically simple, but can be excrucatingly difficult (in a good way).

Factory levels are fairly simple in theory: a pre-set kill count appears and if you complete it without dying, you get that ship permanently added to your roster of ships. I do hope that the developers will add more meta-progression to the game than just the ships, as it’s a great way to add meta-progression. 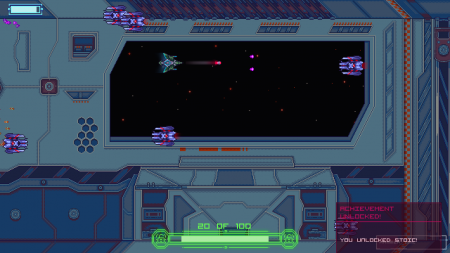 The Lost Lords are really cool mini-bosses, and the first one I fought functions a lot like getting a new ship from a factory; a pre-set kill count appears and the enemies were rolling in. Instead of killing ships however, I was shooting down honeycomb clusters of egg sacs while being divebombed by weird larvae.

Overlords in Stellar Interface are basically the Final Boss, but with a very shmup-oriented focus. My first one trounced me, and I noticed too late that there were visual indicators on the Overlord ship itself to show it’s attack pattern. I would definitely advise trying to get a shield or healbot of some kind before fighting them.

Funny story: even after I died to that Overlord, my little drones kept fighting it, and eventually killed it. Nothing changed, but at least Bruce and Sylvester avenged me. I want to take a moment to talk about the drones. I love the drone names. Bruce, Charlize, Sylvestor, see a pattern? Drones are definitely your best friend, and I can’t stress that enough. I haven’t seen any others that were as memorable (there’s been a couple), but the more you play the more you will fall in love with all of the little winks and nods the game makes. 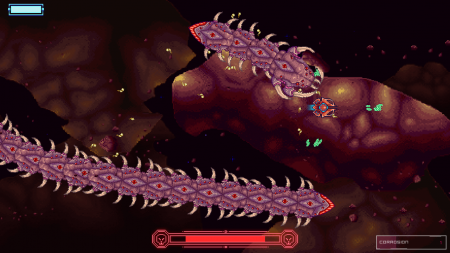 Stellar Interface is a fun rogue-like shmup. It has the nostalgic feel of Raptor: Call of the Shadows with the modern design of FTL. Stellar Interface is easily an instant classic, and if you’re a fan of shmups or roguelike games with a twitch-based twist, this game will scratch those itches and more. Definitely a game to get, even if it’s still in Steam Early Access. The developer has mentioned their intention to provide controller support in an upcoming update, which aside from a greater variety of music and maybe more meta-progression, is the only thing I can think of that I’d like to see added.

So just how Stellar is this game?

Impeccable visual style, immersive audio, and roguelike twitch-based gameplay that will keep you coming back for more.

From the frigid wasteland of Canada, Dan has been writing since the early years, when a blank piece of parchment meant a whole world was waiting for him to discover it at the tip of his quill. Then he grew up and realized he could never be like Harry Potter, so he turned to video games instead. He's now a fledgling Game Designer, working hard to make his mark on the industry. In his off-hours, he likes to scorn people who like long walks on the beach. Too much sand.
Previous EGX Hands-On: Flat Heroes
Next Doctor Doom returns in Infamous Iron Man #1