A tale of survival among the stars

Space has always been a realm of possibility of possibility. Exploration, conquest, diplomacy, expansion and survival are all possible ventures that have been explored. Each one has an entire universe of possibilities. Halcyon 6 is the latest venture into the realm of survival. It tells the tale of a galaxy under siege by a swarm of invaders from another dimension and a humanity on the brink of extinction. With an ancient space station and thos 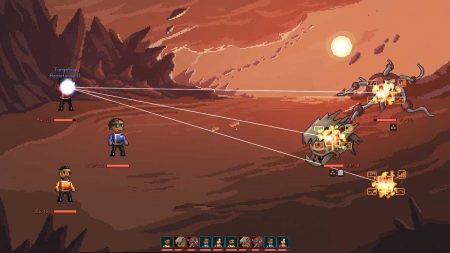 e manning it being the only line of defense.

Halcyon 6 is a strategy RPG developed and published by Massive Damage, Inc. It was funded via Kickstarter, where it managed to raise over 180k dollars. After that, it was released on Early Access in April before exiting on September 9th. The developers were inspired by countless sci-fi games from XCOM to Star Control to Masters of Orion, and designed the game them in mind.

The story is the lightest part of Halcyon 6.  Still, there are interesting aspects to it. The New Federation, of which you are a part of, is being invaded by the Chruul. Inter-Dimensional beings that resemble something designed by H.P. Lovecraft. The Federation is devastated early on, and you must protect what is left. While operating out of a mysterious and alien space station, that may hold the key to your survival.

In addition to the Chruul, there are four other alien species, plus another introduced mid-game. They fall into somewhat typical sci-fi tropes, however. The proud warriors, the greedy merchants, the haughty spiritualists, the supremacist robots, total xenophobes and space pirates. Although, most of them does have enough deviation to make them their own entity. They actually provide a healthy dose of humor. The merchants are shamelessly cheerful, even when one reveals he owns a merchant fleet, and the company that insured it. 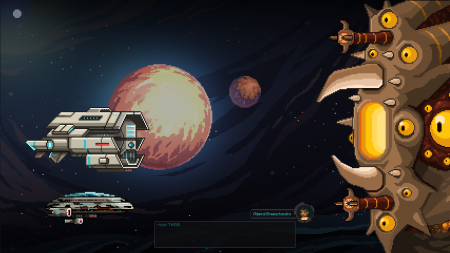 The story is fairly thread-bare. The aliens don’t contribute much to the overall plot and the Chruul have no personality outside of wanting to overwhelm the galaxy. Despite this, the Chruul do well as an intimidating nemesis that threaten to overrun everything. You can never truly defeat them until the end of the game, only keep them at bay. There’s a feeling of dread as you constantly scramble to keep your colonies intact. The story of Halcyon 6 is not fairly complex, but it does what it needs to do and does it well.

Halcyon 6 is the latest result of a genre to utilize pixelated models in the modern age. It does not settle for simple having a pixelated art style to make creating the game easier. They are utilized to their full extent, using modern technology to do things 8 and 16-bit era games were unable to do. Everything is quick and fluid, with much thought put into it. Every ship has its own distinct look and every weapon has a unique animation and satisfying impact. Even status effects come with their own specialized animation. 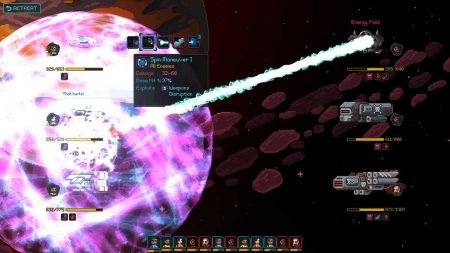 The sound design is on the same level of excellence. Virus attacks come with crisp computerized beeping, explosions are firm and satisfying, and engines going offline come with a resounding, deep klaxon. And the music just brings the game to life. From the relaxing standing music, to the tense battle beat, and the variety of songs that company each of the alien races. Every last one mirroring their personality appropriately.

In short, the presentation in this game is utterly perfect. Impactful and carefully crafted, it helps pull the player into the world of Halcyon 6. Helps them get utterly lost in the stream of battles. Makes them smile in glee at the sight of their warships. Gives them a refined experience that looks and sounds beautiful.

Halcyon 6 has been likened to XCOM, and it’s an appropriate comparison. Both games center around defending your territory from aliens so that they can continue to produce resources. The difference here is that you take on a much more active role. Federation outposts will come under attack and you must send out fleets to fight off the invaders, as well as destroy the portals they come out of. Sometimes boarding their structures for person to person combat.

Until the second half of the game, you must also manually pick up your resources as well. The result is that you need to have your ships regularly fly a circle throughout your territory. Balancing defense with supply runs, as well as constructing your base and researching upgrades. 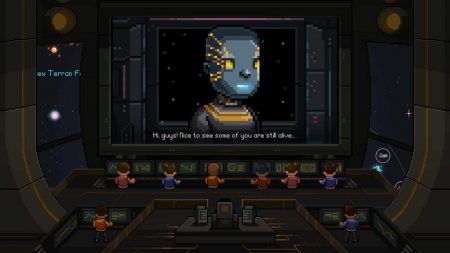 Battles takes the form of three on three turn based combat, whether with starships or on foot. It is similar to Final Fantasy, with turn orders, healing and group based attacks. What makes it unique is the exploit mechanic. Some attacks deal status effects, while other attacks exploit those status effects, dealing extra damage as a result. Combos and synchronizing your units is vital as a result. Although exploiting a status effect also removes it. Don’t get rid of your enemy’s reduced accuracy unless you’re ready.

The combat is very enjoyable, being fast paced and satisfying. Each alien species has different attacks to keep it fresh and to keep the player on their toes. A firmly steep curve also forces players to constantly upgrade their ships in order to stay ahead of the invaders. All of this melds together to create a finely crafted gameplay system.

Sadly, Halcyon 6 is not a game without flaws. Like the tech tree being a little too simple, and there being busywork finding ships. Also, game’s difficulty curve can be a little too steep at times. Officers and ships that are defeated are permanently lost and must be replaced. Needless to say, this cannot be realistically done that often, and when the invaders up their game, players that weren’t prepared can lose their best fighters. I save scummed a fair bit, and I wouldn’t be surprised if other players did so as well.

Some mechanics are also rather underdeveloped. It is possible to earn the favor of the alien races in the setting to build diplomacy, but there didn’t seem to be much of a reason to. If they don’t hate you, they give you rewards for helping them, but there wasn’t a noticeable change as their opinion of me went up.

To add to that, it’s very easy to lose favor if you don’t help them every single time they’re invaded, which happens often late game. And alien races who hate you are downright suicidal with their hate, to the point where they attack you even if you’re there to defeat the mid-game boss that is bombarding their homeworld. This diplomacy mechanic had potential, but feels insubstantial and something annoying. 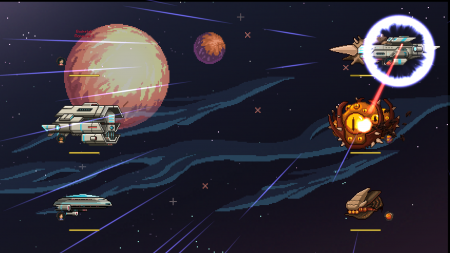 The game is rather buggy as well. The bugs don’t break the game or pull players out of the experience, but they are there. Tiny things that pop up every once in awhile. Tier-4 ships not getting introductions like other ships, objective markers remaining when what they targeted are long gone. The bugs are along that degree. Not deal breakers, but noticeable and annoying. The developers are troubleshooting, but I still ran into quite a few as I played.

Halcyon 6 is a game with flaws, but it equals more than the sum of its parts. The fights can be repetitive, but that is easily countered by how engrossing the design and gameplay is. The diplomacy is rather bare bones, but it does little to detract from the rest of the game. It’s simply a game that keeps you wanting to move from battle to battle. After all, every victory is a blow against the Chruul, no matter how minor.

There are a long stream of updates for the game planned. Stretch goals that were promised from the Kickstarter have yet to be implemented into the game. No doubt they will add even more to the game, but that is only the cherry on top. Even if there were no further updates planned, the game would be more than worth the price of entry.

With fun combat, amazing presentation and decent atmosphere, Halcyon 6 could have been perfect, but has to settle for "merely" being great.